If you’ve been following this season’s big waves, then you’ve seen the clips of Ridge Lenny. The Maui local is quickly making an impact in the surf community and it doesn’t look like he’s stopping anytime soon. We had the chance to sit down with Ridge this past week and talk about his thrust into big wave surfing and where he wants to take it. Read below for the full interview. 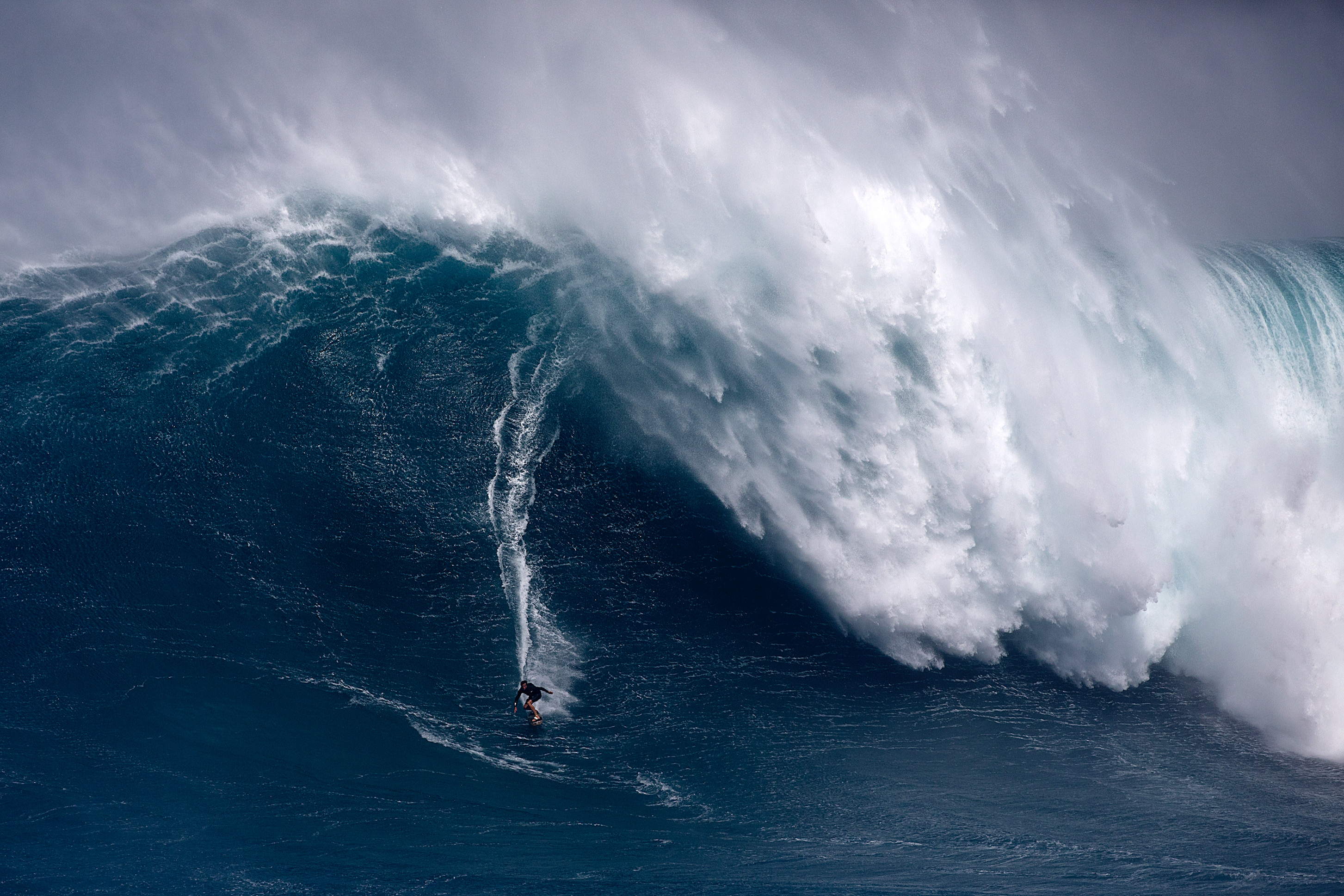 Your level of surfing and intensity has taken a huge jump forward this year. What goals have you set for yourself for the rest of the season?

My goal in big waves has always been to feel confident enough where when I go out, I can focus purely on performing to the best of my abilities just as if I was surfing small waves. Over the course of this season, this has meant really focusing on my overall fitness and breath hold ability as well as studying waves like Jaws, Mavericks, and Nazare, to get an idea on what to expect in certain situations. This season, all the hard work has felt like it’s starting to pay off and I feel like I am starting to shift my focus from pure survival mode to a maneuver-based approach in big wave sessions.

How old were you when you first surfed Jaws, and what was the feeling leading up to it like?

I surfed Jaws for the first time just before my 21st birthday. My whole life as a surfer felt like it had been leading up to that day. Since we were toddlers, my brother Kai and I watched our heroes surf that spot and dreamed of being out there ourselves. While Kai capitalized on this dream much earlier than I did, I always told myself I’d only go out there when I felt like I had taken all the necessary baby steps and felt 100% ready for whatever the wave could dish out. Catching my first few waves that day with full confidence felt like a huge accomplishment. It was everything I had ever dreamt of.

These three waves have seemed to become the holy trinity in big wave surfing, and for good reason. Each are so awe-inspiring and present unique challenges in their own ways. Mavericks is the ultimate big wave slab that requires insane amounts of commitment to make it over the ledge. Nazare feels like all hell is breaking loose with treacherous currents and gigantic waves moving in seemingly all directions. Jaws in my opinion is the most perfect big wave but also the most powerful. A wipeout in the wrong spot out there is an absolutely horrifying experience. 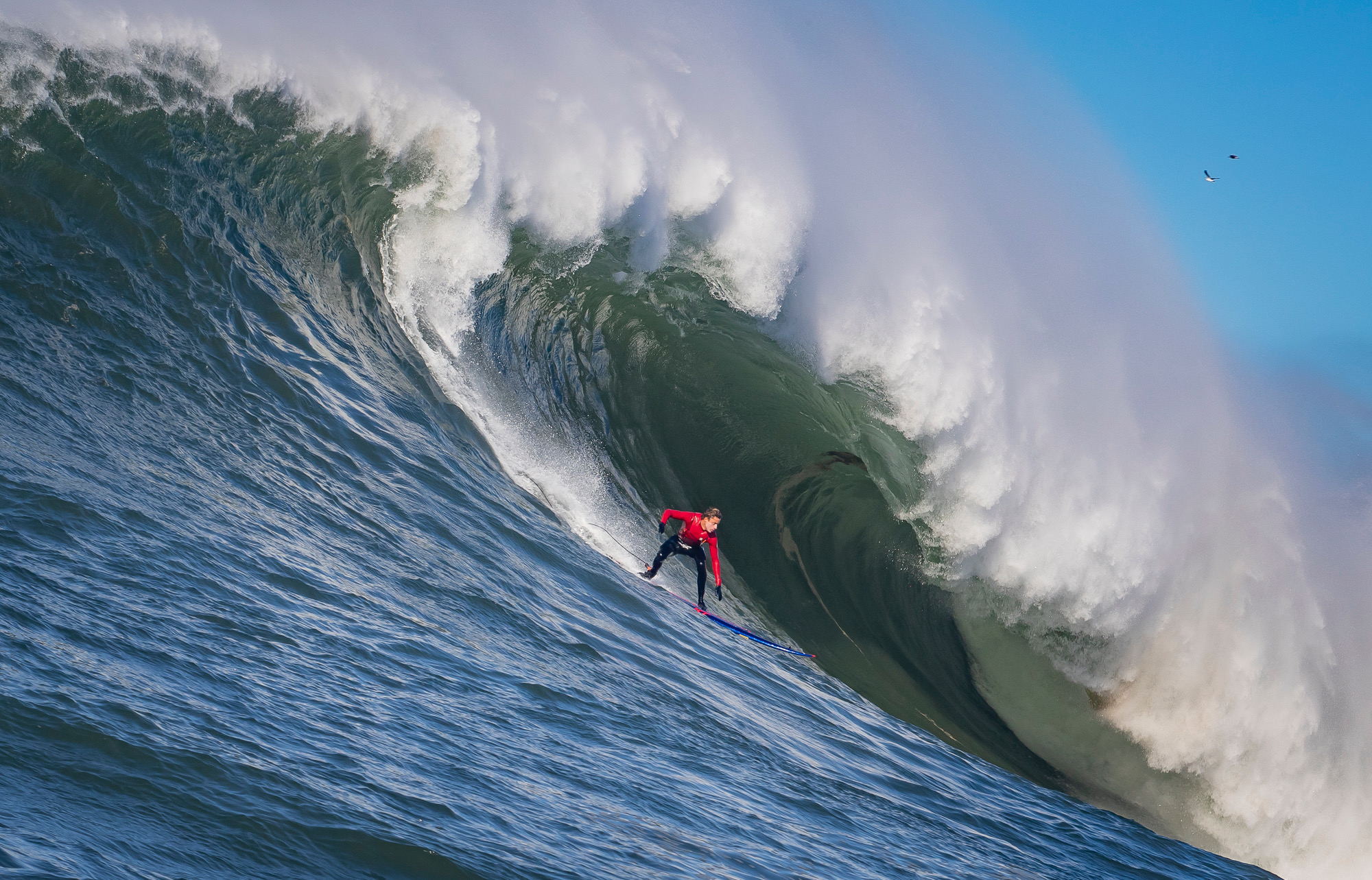 Mavericks is the ultimate big wave slab that requires insane amounts of commitment to make it over the ledge.

Apple Watches aren’t usually the go-to watch for surfers, especially big wave surfers, so how did you get into wearing one while you surf? And what are your favorite features of the watch?

I got an Apple Watch for Christmas and immediately started searching for apps that were tailored to gathering metrics while surfing (speed, length of ride, etc.). Dawn Patrol became my go-to app and I was amped to see what kind of data I could get in big waves. My fastest speed so far was 40.6mph out at Nazare. 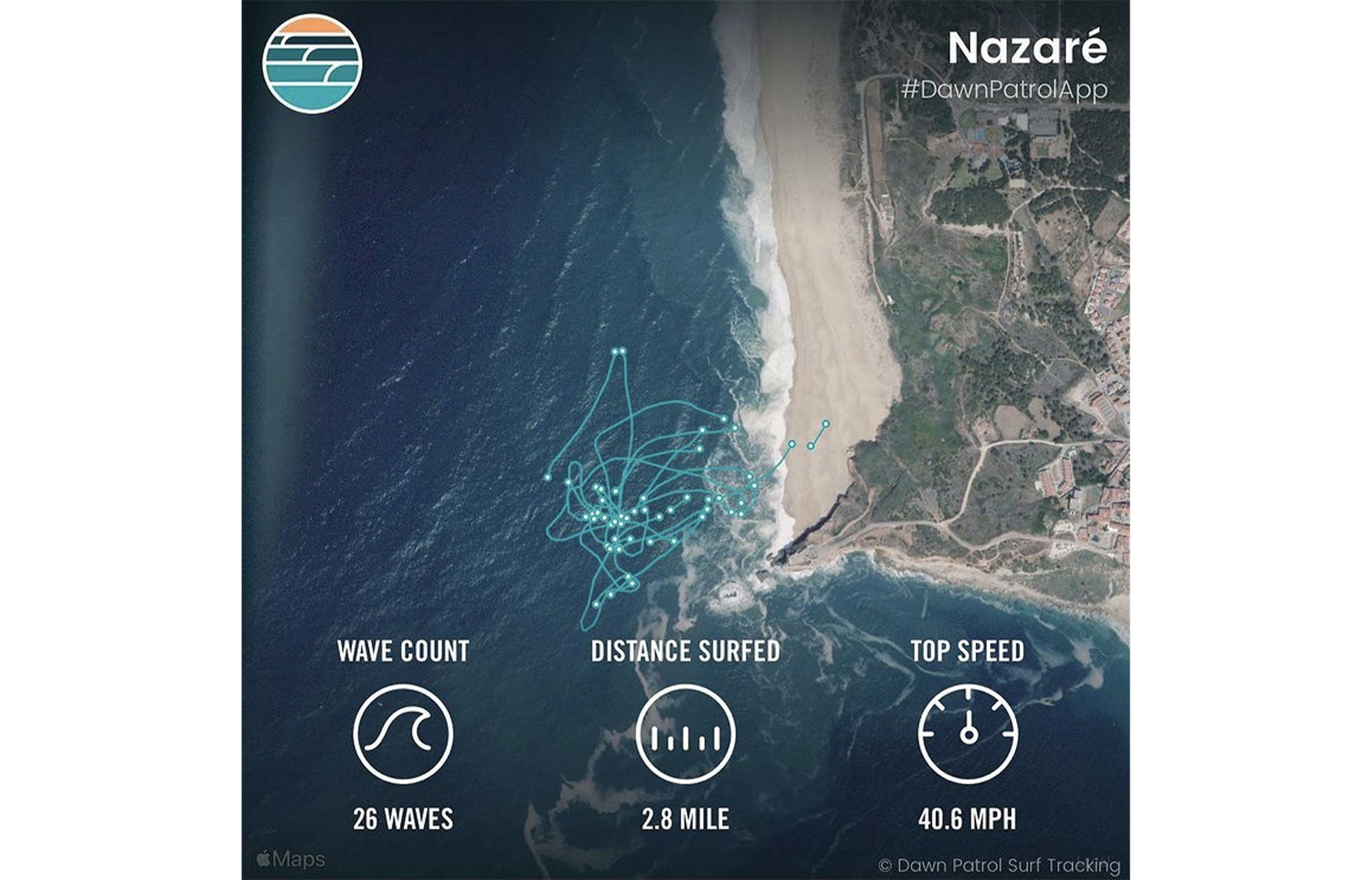 Track your session with Dawn Patrol

We sent you our Active Strap Pro and Rugged Strap a few months ago, how have they helped you with your big wave performance?

Nomad straps have been a game changer for me using my Apple Watch out in the ocean. The last thing I want in my mind while surfing is stressing about if the band will come undone, which had nearly happened multiple times with the stock sports band. With your guy’s straps I can be 100% confident my watch won’t budge even in big surf. Not to mention they’re pretty slick too.

Use your Apple Watch to gather metrics and data.

What are some of your long-term goals?

Looking into the future my ultimate goal is to, alongside my brother, push the performance of big wave tow-surfing to a level comparable to freestyle snowboarding. The dream would be to tie together a series of aerial tricks on a wave as if it’s a slopestyle run.

You’ve been all over the world and have seen hundreds of waves, what’s your favorite wave to surf?

Although Jaws holds a very special place in my heart, we don’t get to surf it all that often. On a day-to-day basis you’ll find me at the little beach break in front of my house in Maui. It may be one of the worst waves on the island but it’s always uncrowded and provides fun sections to practice on.

Tell me about your worst wipeout this year?

By far my worst wipeout of the year had to be out at Jaws when I tried pulling into a barrel that collapsed on me. I tried jumping away from my board but one foot got stuck in the footstrap as I was getting sucked over the falls. Luckily the board finally came off before it could do serious damage to my ankle and/or knee. Then I got dragged about 80 yards underwater.

My ultimate goal is to, alongside my brother, push the performance of big wave tow-surfing to a level comparable to freestyle snowboarding.

How has Covid affected surfing and traveling for you?

Covid has brought on a lot of challenges to this year’s big wave season. Because of the spontaneous nature of swell chasing, last minute travel is made even more stressful with having to make sure covid tests are in order, and even if the country will let us in. Luckily, Maui has been having an insane season so we haven’t had to travel very far to find big waves.

One wave you’d love to surf but haven’t been to yet?

Skeleton Bay, Namibia would probably be at the top of my list of travel destinations. A seemingly endless sand-bottom point break tube? Doesn’t get any better than that.

How do you feel about single fins?

I love single fins. I grew up primarily surfing longboards and old-school mid lengths, especially when I spent a lot of time at the groomed point breaks of my dad’s hometown of Santa Barbara.

Tea or Coffee? Burrito or Bagel?

Coffee is a must for those early morning sessions. And burrito 100%. Another dawn patrol necessity I just couldn’t live without.

Favorite hobby/activity aside from water sports?

I’ve been dealing with a bit of a basketball addiction lately. Ever since I bought a hoop for my driveway I just can’t get enough of that thing! Especially inviting all my friends over for 1v1 games. I suppose it’s a good way to cope with those flat days.

Active Strap Pro
Want to join us on our journey? Stay up to date with the latest from The Nomadic.
Back to The Nomadic