There's something enticing about buying an old car online and planning to drive it across the desert. Sure the risk is high: the bankruptcy auction you purchased the '69 VW Beetle from made it sound and look much better than it was, and when you drive it to California from Eastern Arizona, it doesn't even make 100 miles when the transmission blows, and you're stuck with no service and a lot of ocotillos. The risk seemed worth it for my good pal Beau, a freelance designer in Santa Barbara with love for old get-ups, especially Volkswagens.Beau often checks up on this hidden gem of an auction-based outside of his hometown of Gilbert, AZ. He scored his trusty Dodge van from it a few years prior. This Beetle caught his eye one day and seemed like he could be able to flip it for a profit in California. The paint job was cherry, and the interior seemed to have held together over the years. Beau is a man who more often than not lets the latest adventure conquer logical thinking, so he placed a bid and quickly became the owner of a new 'old' car. An Apple a Day Keeps Oil Leaks Away

Beau made the bid back in April of 2019 and had his folks go pick it up for him and keep it at his childhood home. The Beetle reminded his parents of their youth. They took a liking to it real quick, and even drove it in the meantime around town and to church. Beau and I both had open schedules for December, plus his brother was getting married. With Beau's brother's wedding on we decided this would be an excellent time to fly to Phoenix and get this thing home. We spent a few days with his family and explored the Salt River trailing beneath the Superstition Mountains. 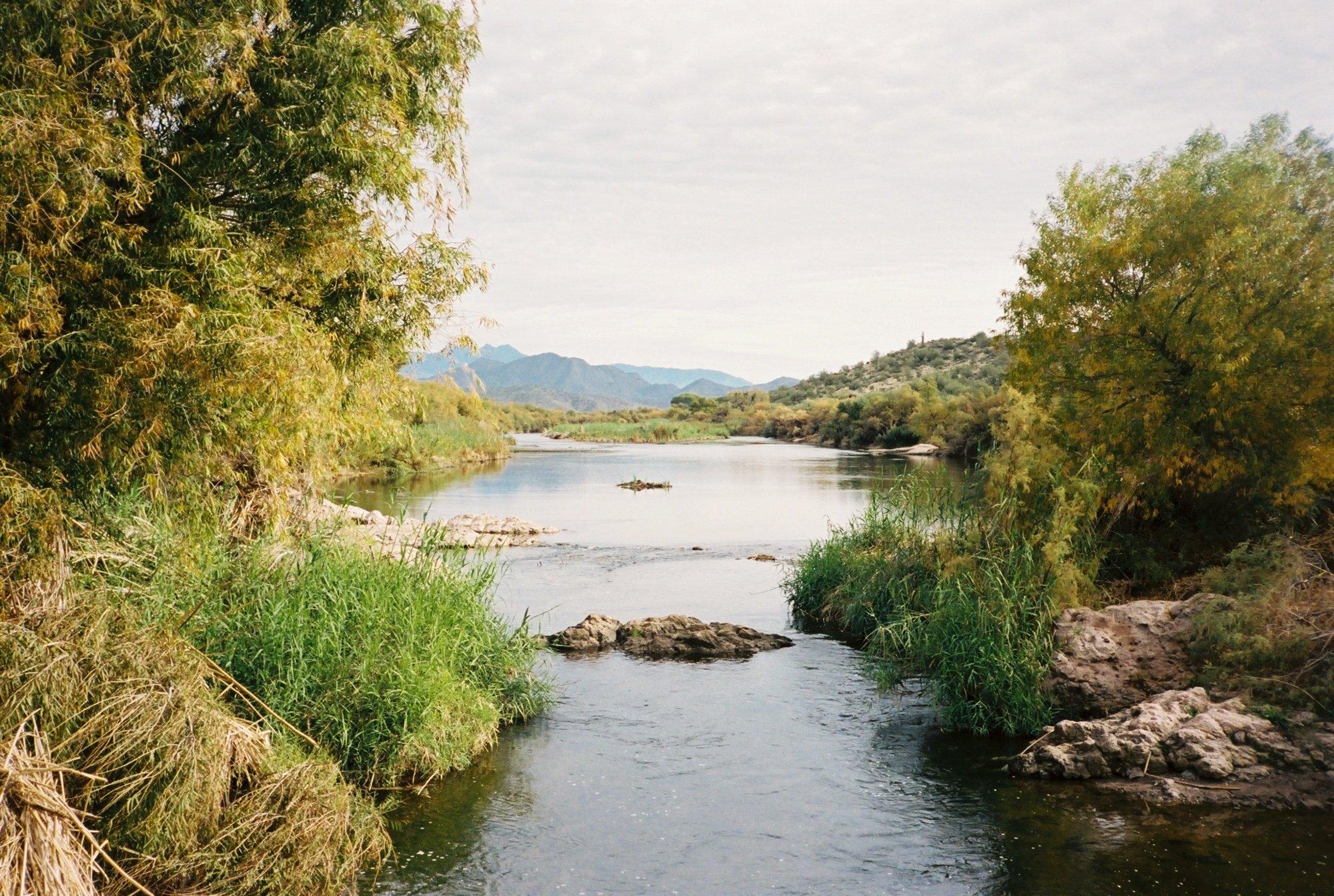 The first time we drove the Beetle it seemed to run pretty well-for the most part. However, we noticed a few things out of whack: the speedometer and gas gauge weren't functioning correctly. The needle hung at 0mph, and the gas gauge would fall to empty around half a tank. The previous owner politely informed us all four tires were over 11 years old, so Beau took it to his family's tire guy and got it some new shoes. The night before departure, we were looking over the engine and noticed oil splattered everywhere. We couldn't locate the source withouttaking the whole fan out, so we planned to check the oil level at everystop (this would be quite often given the fact we couldn't keep a goodguess at our gas supply). Beau and I joked that if we did break downearly in the trip, the sum of our car insurance plans would equal 300miles in free towing, on three different trucks. We technically only needed to drive the Beetle 200 miles without being totally screwed. We got together a toolset and hit the road... The drive home consisted of too many gas station coffees, stopping onthe side of the road to shoot photos, and hanging on the edge of ourseats in anticipation of something going wrong. You may remember thespeedometer gauge hung at 0mph due to a snapped cable line we couldn't fix in time. We ended up having to use some crappy iPhone app to give us an idea of how fast we were going. Doing this drained our phone batteries, so we stayed juiced with some Nomad Power Packs and Battery Cables, especially important in an old car with no USB port). Our relatively new smartphones became, in a sense, part of the dash of our almost sixty year old beetle. We kept a keen eye on the oil level from that leak we found the night before, but during the drive, the leak seemed to have ceased and the oil level remained decent. To our astonishment, we sailed home to Santa Barbara that day. An even bigger surprise was that we did it averaging 25 miles to the gallon. Beau and I had been fully prepared for breakdowns and an adventure starting when everything went wrong, but on this Maiden Voyage we were blessed with good fortune. Fork in the Road

We had planned to get home on at least one tow truck but somehow made it without a single issue. Sure it wasn't across the country, but it was an old car. An old car that was built well. Who knows, maybe Beau will hold on to that relic from a bygone era a little bit longer.