Last week the Nomad crew headed to CES in Las Vegas, Nevada, to meet with our partners, show off the latest Nomad gear at our booth and check out the latest and greatest in tech. From plant based meat alternatives to the latest and greatest EVs, CES was a showcase for many innovations that will help reshape our world in this new decade. Contrary to the adage, what happened in Vegas won't be staying in Vegas, at least when it comes to CES. Check out this roundup of our favorite things from the show below! 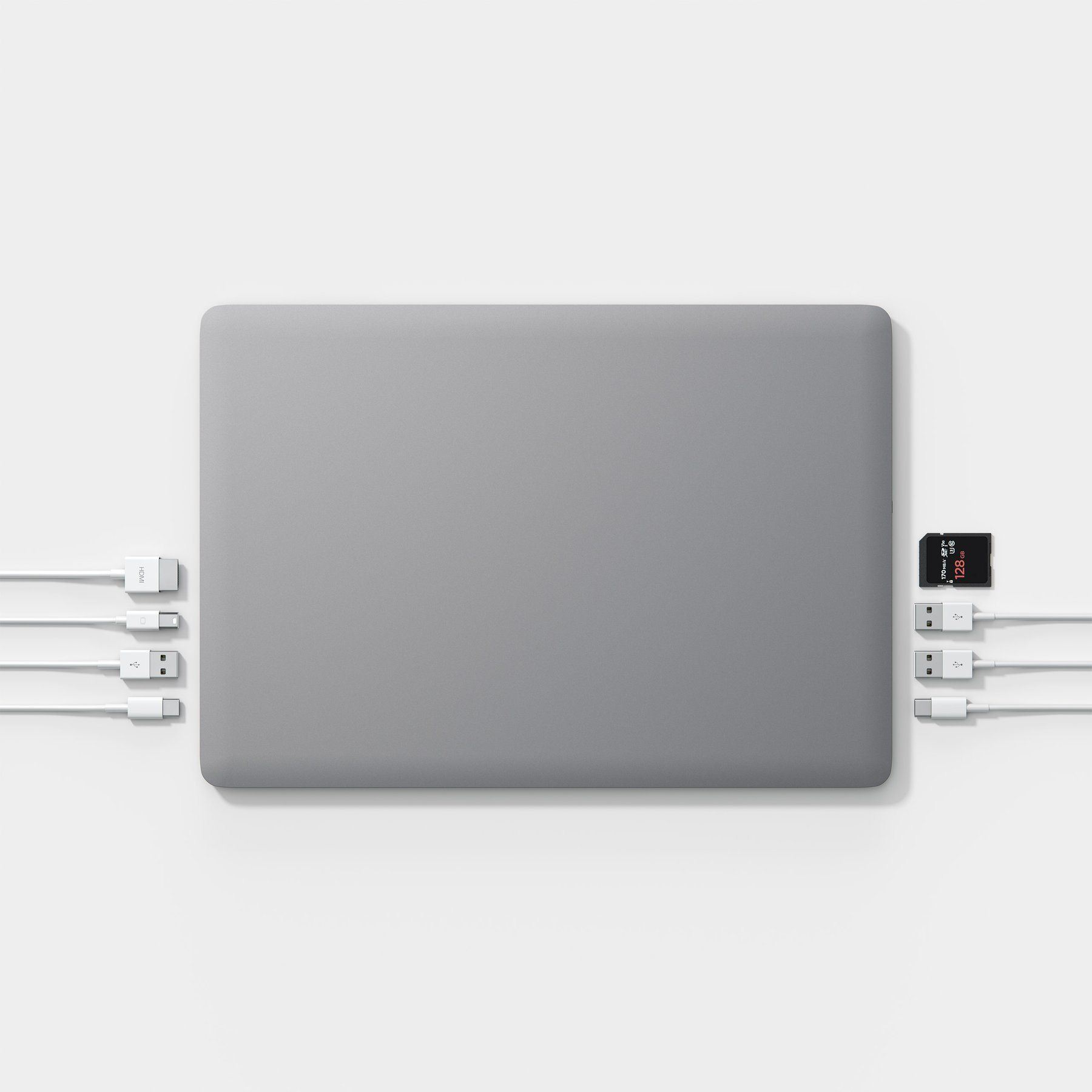 While Linedock didn't debut at CES (they've been around since 2017), we got a chance to check out their all-in-one solution that seriously upgrades your MacBook. Linedock allows you to add nine extra ports to your Macbook, from USB-C to an SD card reader. On top of that, you get extra battery and an external solid-state drive, giving you more juice and more storage. If you are a digital Nomad using a 13-inch Macbook, Linedock is an essential tool for staying powered and productive on the go. Linedock is set to release a 15-inch model early this year, sign up for more info here.

What We Want for Christmas Next Year | Kalk OR 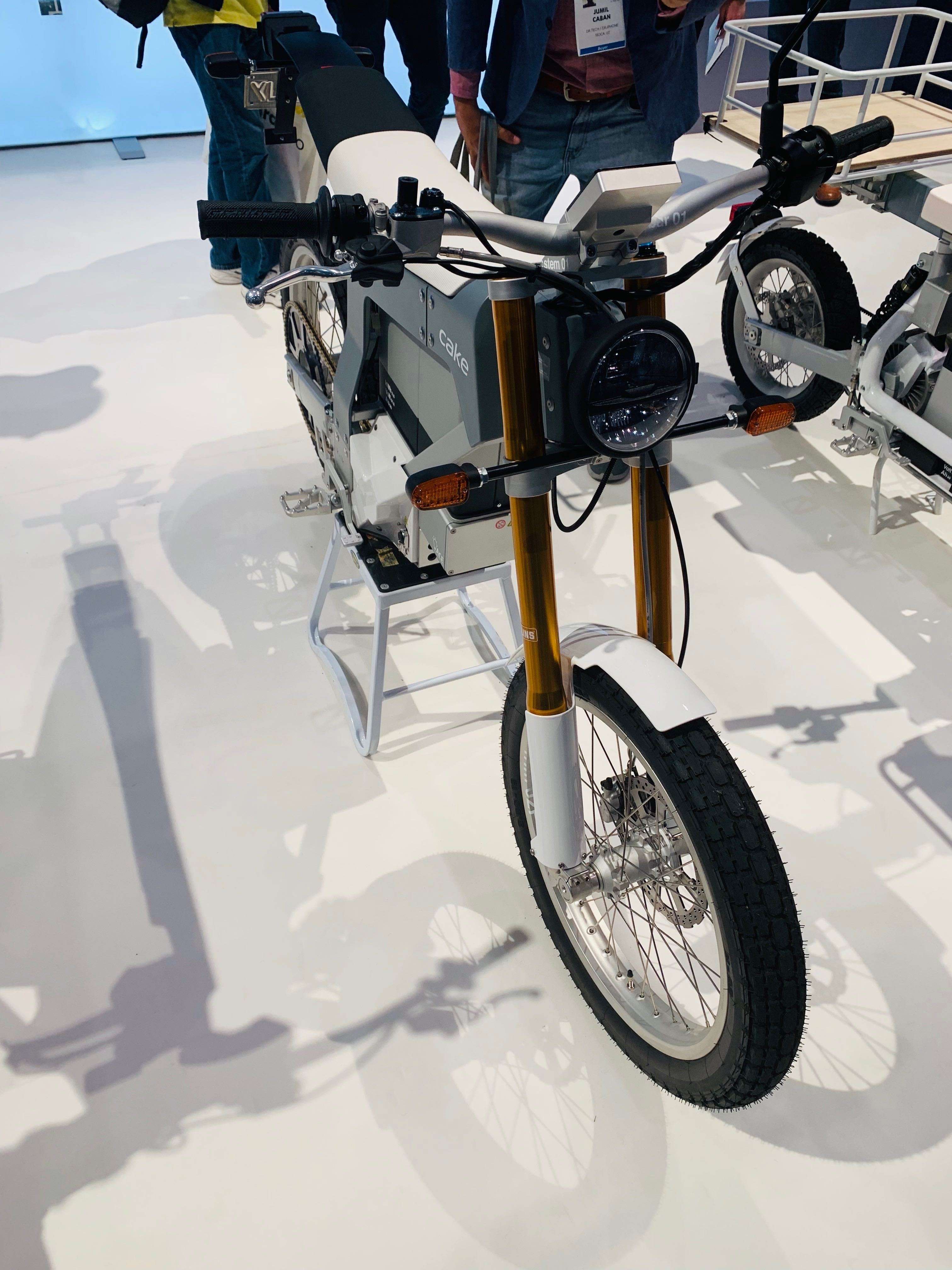 Kalk OR by Cake

Cake, Swedish manufacturer of electric motorcycles and bikes, had their full lineup on display at CES. A few weeks before CES, we were lucky enough to test ride their offroad model, the Kalk OR. While we only had a short time on the bike, the responsiveness and overall performance were impressive. The Kalk OR is a fully electric dirt bike that weighs only 69kgs (152lbs if you are in the USA) with nearly instant throttle response due to the power delivery of its torquey electric motor. We can't wait to get enough time for a full test on a Kalk OR and try out the rest of their street-legal and cargo models. 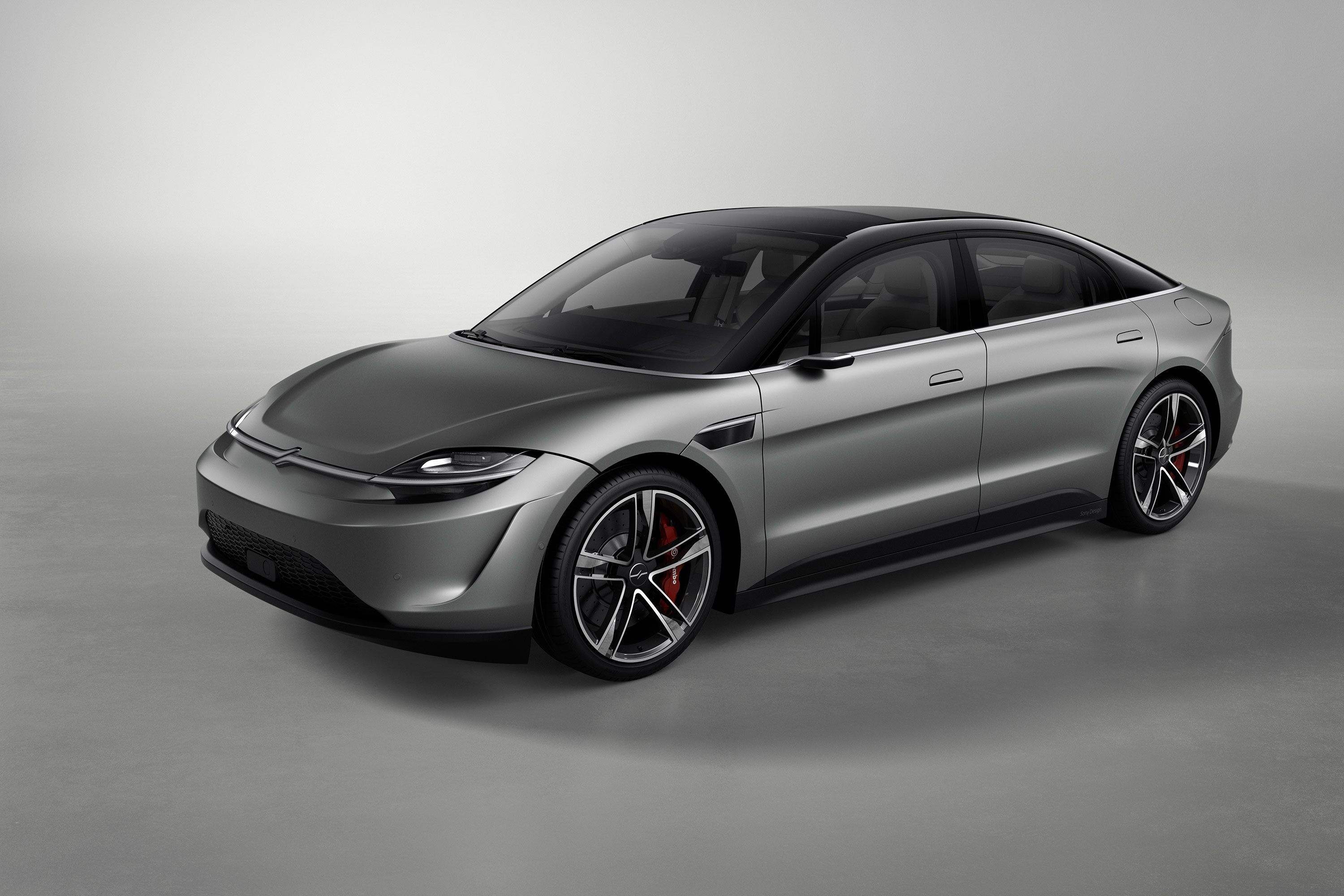 If you haven't heard by now, Sony unveiled its all-electric vehicle concept, the Vision S, at CES last week. The Vision S looks like a cross between a Tesla Model 3 and a Porsche Panamera and is part of Sony's broader concept of an "evolution in mobility." The Vision S seems named for its proposed sophisticated array of sensors that keep a "watchful eye 360 degrees around the body". These sensors will be used for driver assistance features like self-parking, advanced cruise control, and auto-lane change functions. This proposed array of sophisticated sensors, which Sony is calling the "Safety Cocoon," is ripe for the next generation of self-driving cars. Other design notes, like a screen that runs the whole length of the dash, feel futuristic without appearing gimmicky.

While it's unclear at this point if Sony will ever produce the Vision S, the concept car shows off everything that is possible with automobiles. The most forward-thinking point that Sony is making with the Vision S is that it is a car driven by software. The Vision S is purported to use "cloud artificial intelligence" to become more and more functional over time. While precisely what they mean by this is vague, Sony is giving us a vision of future automobiles as works in progress driven by software updates, rather than static machines that only change with each iterative model. 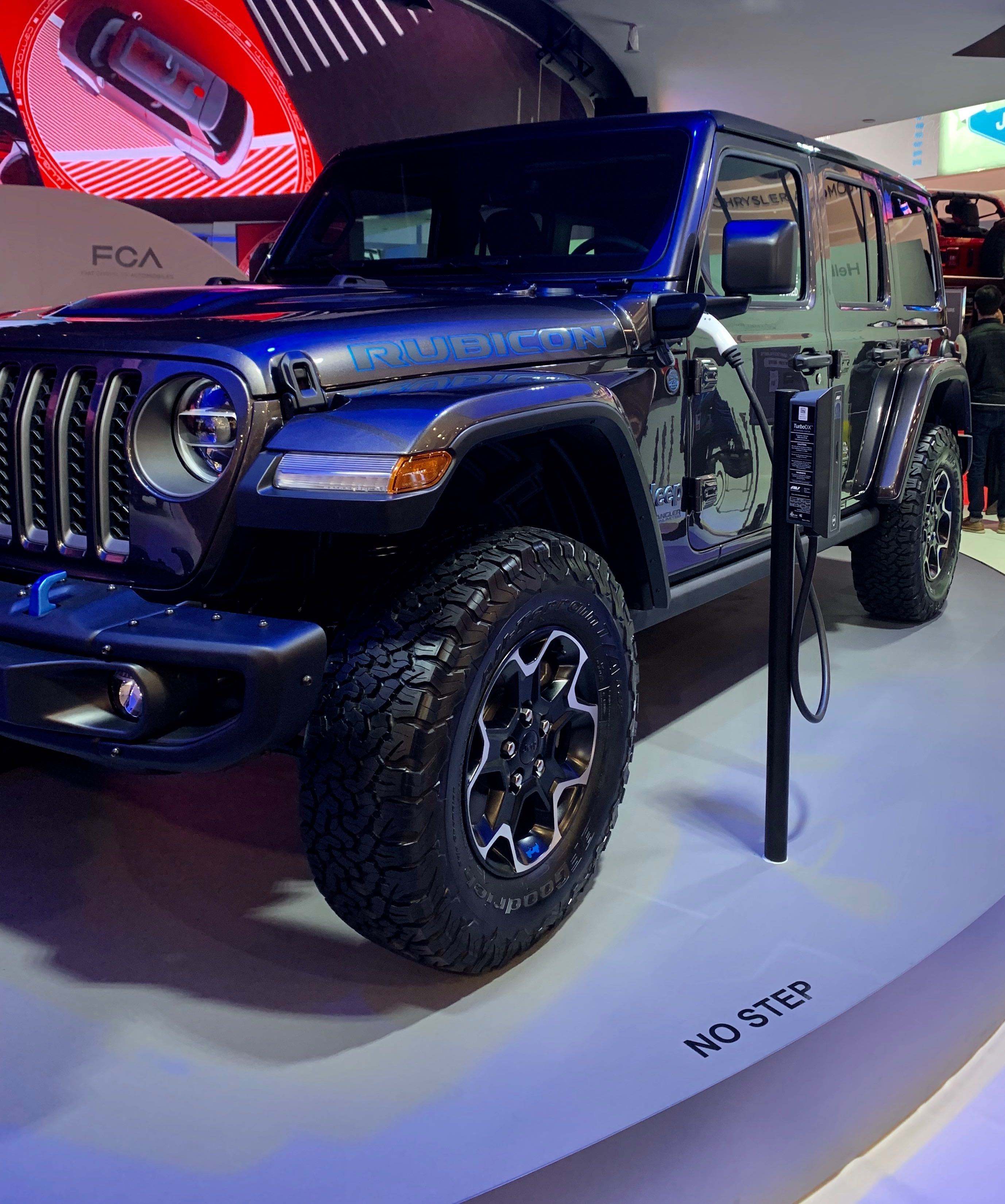 The venerable Jeep Wrangler has been in production since 1986, with earlier iterations dating back to the beginning of the automotive era. This year at CES Jeep showed off their upcoming 2020 Plug-in hybrid vehicles, which will include the Wrangler, Compass, and Renegade. For now, we don't have any specific details from Jeep on things like fuel economy, electric range, and MSRP, but we do know that Jeep has opted to maintain their distinctive styling that has defined the brand for over 100 years. While most new EVs are decidedly future-leaning in their design, the Wrangler, Compass, and Renegade plug-ins appear to be pretty much the same as their gasoline counterparts, just with an additional cap that houses the charge port.

For those of us looking for an EV with that still can travel far off the beaten path, the Wrangler 4xe could be one of the best options on the market in 2020. The Wrangler 4xe is slated to debut in March 2020 with the Compass 4xe and Renegade 4xe coming in April 2020.

Startups That Could Change the World 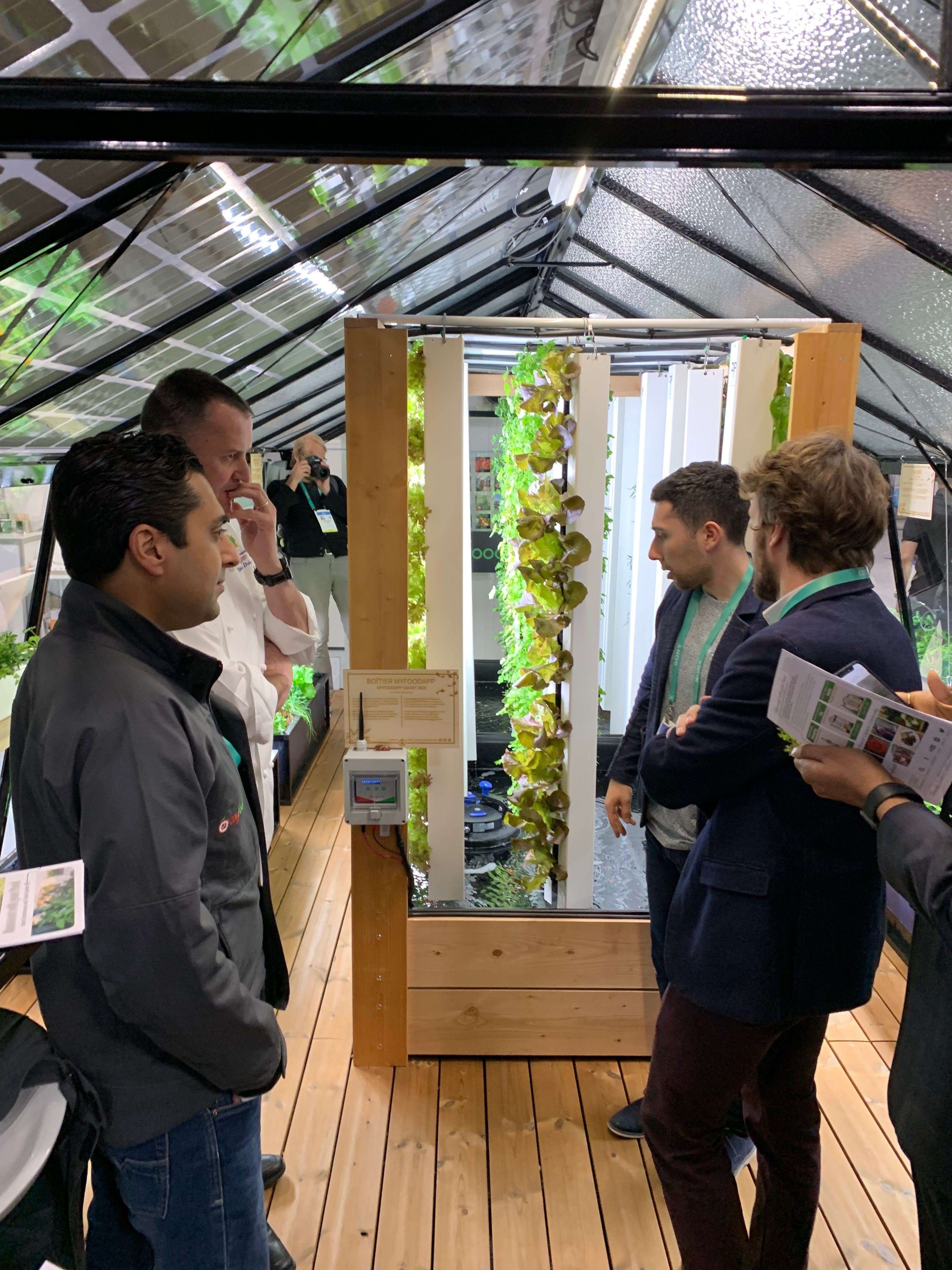 Inside the myfood Smart Greenhouse

CES is the home of cutting edge innovations in technology, but my favorite trend this year was the large number of startups who are trying to improve our global food system. From companies developing lab-grown meat like Meatable to smart greenhouses like myfood, more and more entrepreneurs are re-imagining our food system using cutting edge technologies. Our favorite from the show was Miravel, a California based startup that is aiming to bring your garden into your home. Miravel's goal is to create an automated wall garden that doesn't require any input from you, other than occasionally changing the water and nutrients for your plants. Miravel's system requires no soil, so your house stays clean while growing produce inside. Fresh herbs and produce grown in your home year-round regardless of the season? Sign me up! 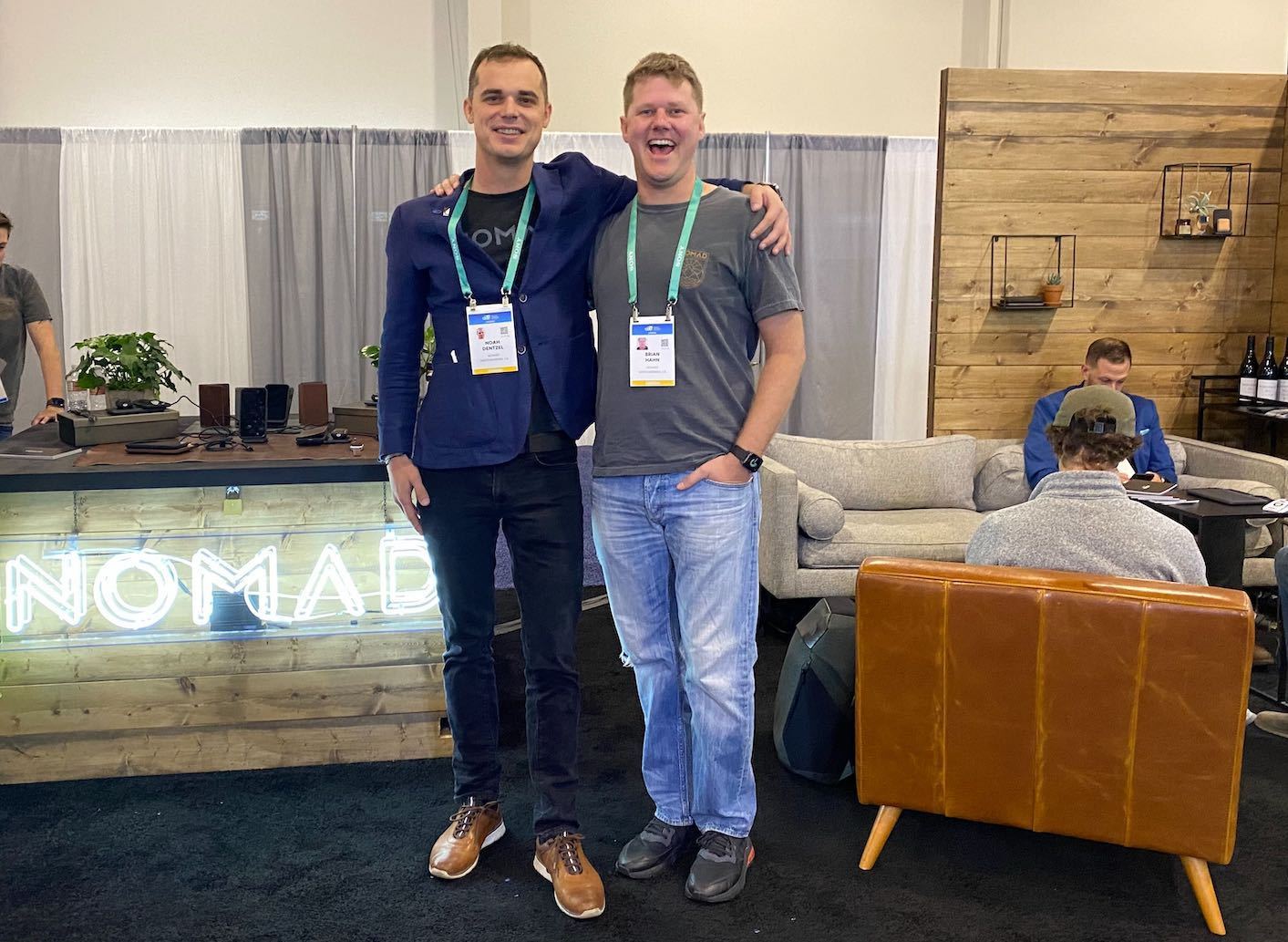 CES 2020 was Nomad's eighth CES since we first debuted ChargeCard in 2012. To everyone, from our distributors to Nomad fans who stopped by our booth, thanks for making CES 2020 our best year yet! See you in 2021!