June 25th is the late great Anthony Bourdain's birthday, and after his death by suicide on June 8th, 2018 has come to be recognized as Bourdain Day, an international holiday of sorts. It was first suggested by Bourdain's friends, José Andrés & Éric Ripert as a way to celebrate Tony's life. Today the Nomad crew is virtually raising a glass to toast Anthony Bourdain, his magnificent life, and enduring legacy. No one person more closely personified the spirit of Nomad than Anthony Bourdain.

The globetrotting chef turned writer, turned TV host was a man of many hats who meant different things to people all over the world. Over the course of his career, Bourdain dined & hung out with seemingly everyone. People like former US President Barack Obama, legendary American writer Jim Harrison, a myriad of famous chefs, musicians, artists, and filmmakers all entered the Bourdain stage for a moment before moving on, as the roving chef set off for his next destination. Today we will try to remember some of the best things about Anthony Bourdain and take comfort in the fact that his legacy is enduring and work relevant now more than ever. 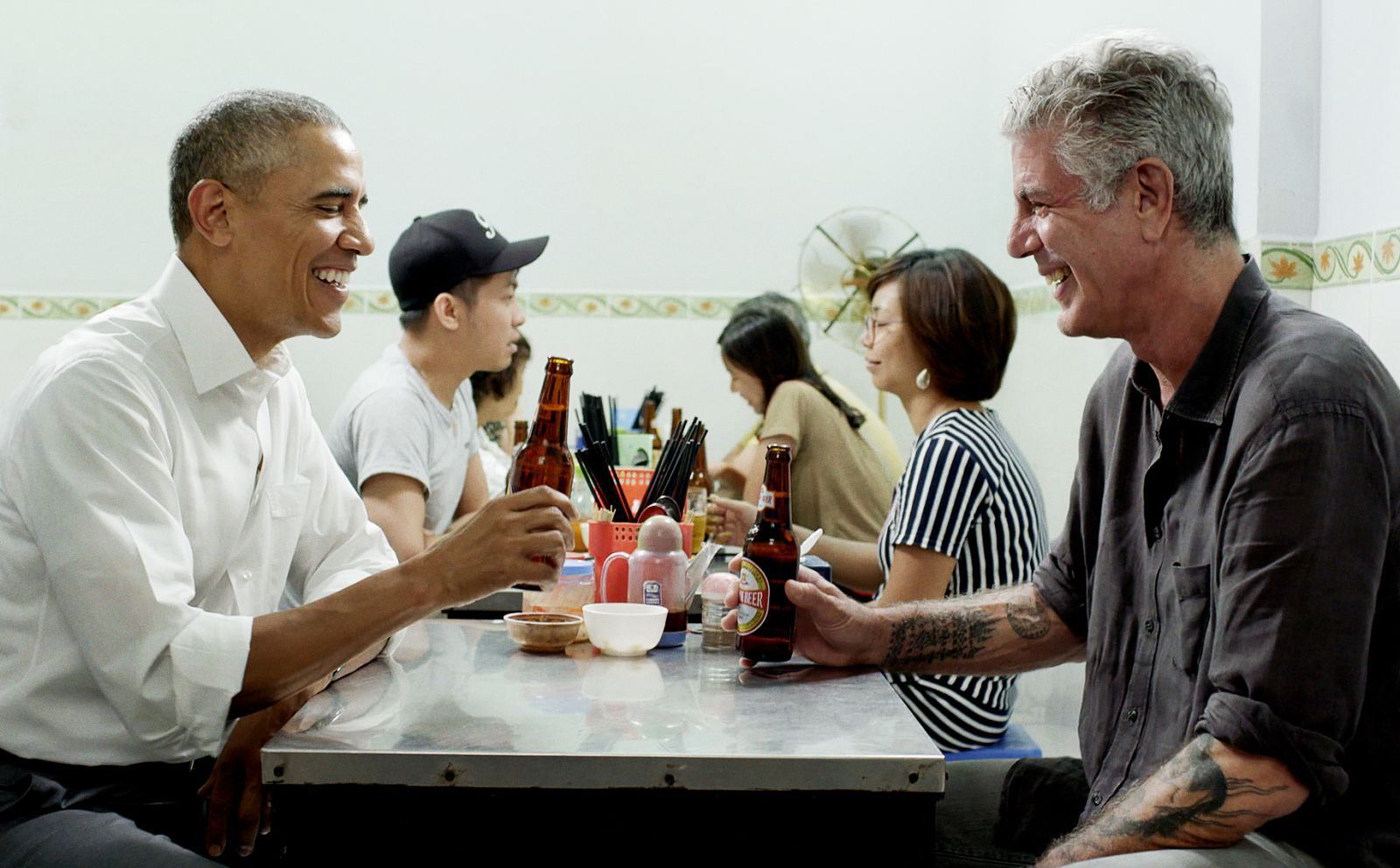 Like the many people who considered themselves fans of Anthony Bourdain, I felt as if I shared a friendship with him. It seemed that someday we would meet by chance and share a cold beer over a bowl of steaming noodles on a street corner somewhere far from home. His magnanimity, relentless curiosity, and universal appreciation of the human spirit were inspiring. When I learned of his death by suicide a little over two years ago, I was at the Nomad office at the start of another workday. After the initial shock, the realization that this friendship in my head with Anthony Bourdain would never materialize hit me. As a collective outpouring of sadness and loss permeated social media and the news cycle, I was struck by how many people seemed to echo the same sense of loss I was feeling: a loss of an old friend, albeit one we had never met or spoken to. Moving tributes and stories from Bourdain associates from both his restaurant and TV days began to abound, with people all over the world speaking up and sharing their memories of Tony. People remembered his love for street food, his celebration and advocacy for immigrants in the USA, his passion for Jiu-Jitsu, and all the different things that made him who he was — a beloved global figure.

There have been many great pieces attempting to memorialize Anthony Bourdain, and I think I've read almost all of them multiple times. Reading and rereading old articles & interviews is a way to cope, to grasp at the fact that Anthony Bourdain is gone, and tragically so. Looking through his old work and all the ink that's been spilled since in remembrance themes begin to emerge: his kindness, his generosity with his time even when it was in short supply, his love of books and film, his curiosity and his relentless drive to do more, to see what was around the next bend. Out of all of this, a picture emerges of a man who deeply loved humanity, who prized listening to the stories of others over telling his own and who possessed great empathy. He had a knack for being invited into someone's home on the pretext of a shared meal and instead delving into deep questions of what his dining companion of the moment was passionate about, what made them tick - what mattered to them. This rare and unique talent is possibly what endeared Anthony Bourdain to me the most: his love and appreciation of everyone and presence in the moment. What more can we ask from life than a delicious meal with others, one in which we connect, come together and share in each other's experiences 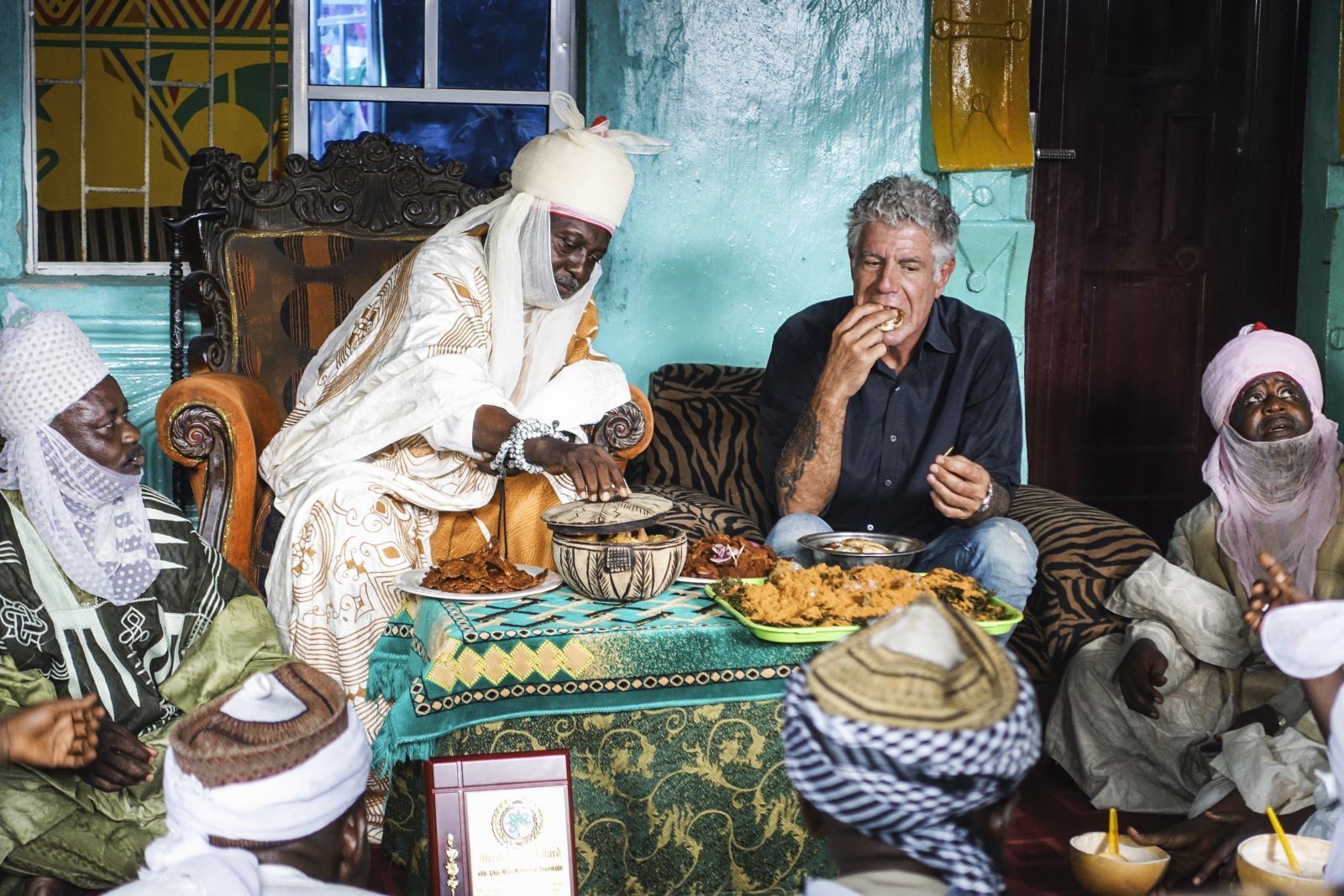 Still, with all of these attempts at memorializing and remembrance, it feels as if something is still missing. The landscape of food and traveling writing seems dimmer without Tony, and the world feels closed in, especially in the two years since his passing. However, I've taken comfort in a quote from the man himself, given in an interview with Popula:

My happiest moments on the road are always off-camera, generally with my crew, coming back from shooting a scene and finding ourselves in this sort of absurdly beautiful moment, you know, laying on a flatbed on those things that go on the railroad track, with a putt-putt motor, goin' across like, the rice paddies in Cambodia with headphones on… this is luxury, because I could never have imagined having the freedom or the ability to find myself in such a place, looking at such things. To sit alone or with a few friends, half-drunk under a full moon, you just understand how lucky you are; it's a story you can't tell. It's a story you almost by definition, can't share. I've learned in real time to look at those things and realize: I just had a really good moment.

This acknowledgment of the moment - that sudden, temporary stop in our trajectories when everything seems to make sense, when we are comfortable, when a sense of awe has taken hold and left us momentarily speechless is what Bourdain's work inspired. I think more than anything; this is what Tony conveyed through his shows and writing, a willingness to meet the moment, relish in it and realize that you can never quite tell the story as it was, as it felt. All you can do sometimes is appreciate what it was and hold that feeling. I think what I have felt is missing from all the attempts to contextualize and understand Bourdain's passing is clear, albeit a little painfully, now. There is no voiceover coming, no well-written essay, or even a funny tweet that we will ever receive from Tony again. The moment that was Anthony Bourdain has passed. We are left with his polymathic work and the question, what would Tony do?

He was never out there to create a listicle of the top five places to get Ceviche in Lima or ten best Yakitori spots in Tokyo. His show wasn't an instruction manual on how to take the perfect trip anywhere. From the quote above, I gather that he thought such an errand was foolish and wouldn't help anyone. Instead, he invited all of us to be less insular, less guarded, and open to the simple idea of sharing with others even if it was for a passing moment, a brief night under the full moon. At a time when empathy, connection, and our shared humanity seem under threat more than ever, Tony's example is more salient than ever. 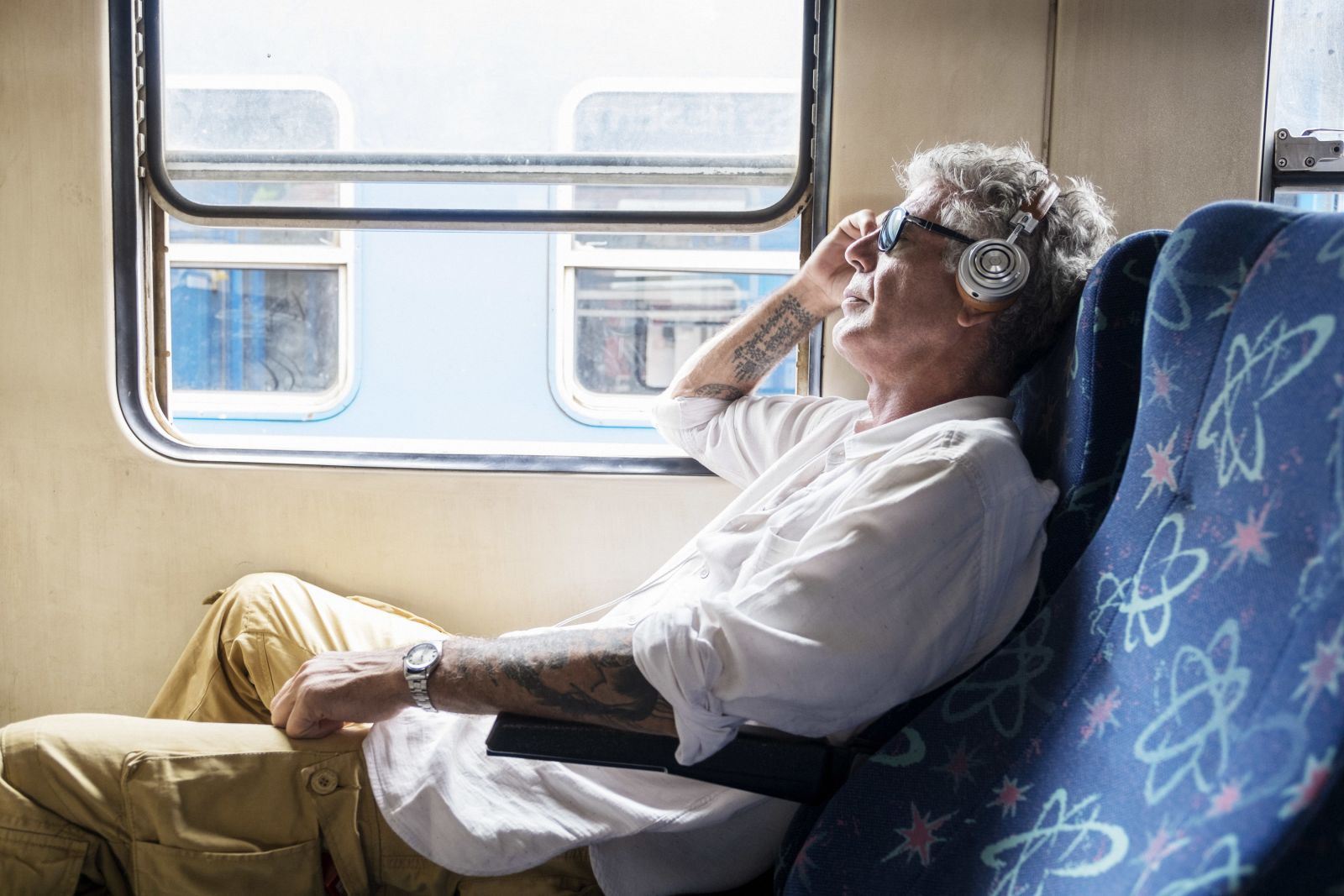 On to the Next Destination | Rest in Peace Chef

I'm good. I'm free, as it where, of the complications of normal human entanglements, untormented by the beauty , complexity and challenge of a big, magnificent and often painful world.

If you or anyone you know is considering suicide please call the national suicide prevention hotline at 1-800-273-8255.