Dave Herring is a photographer, writer, and traveler based in Charlottesville, Virginia. He has been on an extended road trip, exploring one of our nation's greatest public resources— our National Parks. Dave aims to hit six states and seven different National Parks in 40 days. In a three-part series with the Nomadic, Dave will be documenting his adventures. Read below for part one of Dave's journey. 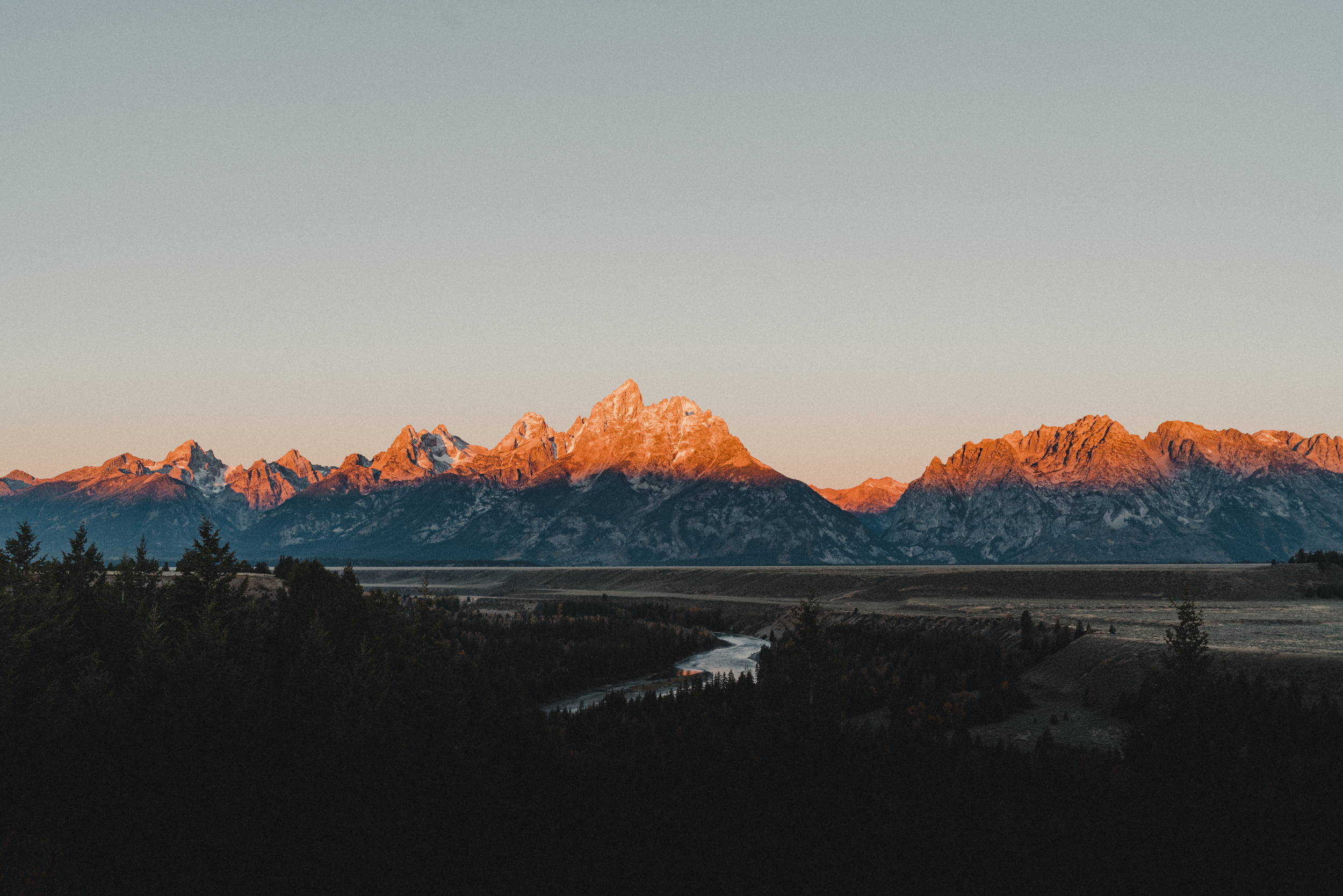 Sunrise Over the Teton Range

It's five in the morning. Dark outside. Dark inside. I had the alarm quietly set for this exact moment, but I've been awake for nearly an hour, waiting. The recent eastern-to-mountain time zone change didn't help with this morning, either. I got dressed, grabbed my old Filson bag with my camera and a few lenses in it, and headed carefully out the door as not to wake the kids. As I stepped onto the front porch from our old cabin, it was as if I was tackled by the south wind sprinting across the Teton Range, causing me to gasp for air. Being from the southeast, I sometimes forget what a cold morning feels like. I caught my breath, buttoned up my jacket, and placed my bag into the car. It was time to drive to the Snake River Overlook, where Ansel Adams once stood to capture his iconic image of the peaks of Grand Teton National Park. 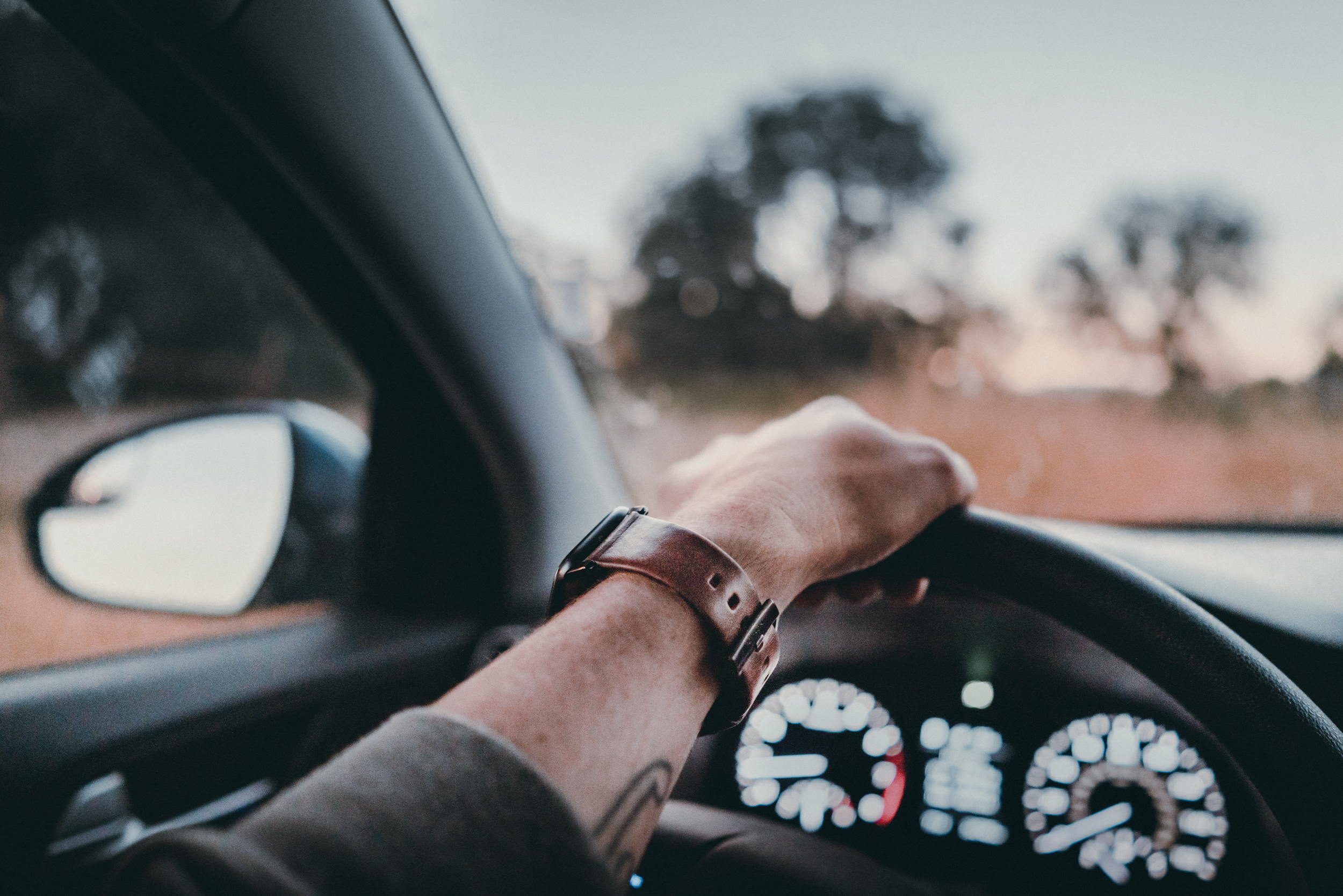 It was a quiet drive. As a father of small children, it's rare to have quiet and time to myself. The solitude and silence are both exhilarating and terrifying. For months I've been surrounded daily by my family - my beautiful wife and children - as I've worked from home during the quarantine. I'm tempted to turn on the radio to have some company; instead, I embrace my fear of silence. This small victory is one of the many reasons I'm on this journey. I recently left my home in Virginia with my family to take several weeks and drive across this turbulent nation, visiting our National Parks. Franklin D. Roosevelt said, "There is nothing so American as our National Parks," and right now, I need something to bring me a little hope in America, and the hope for the many calamities we're facing as a nation and a world. 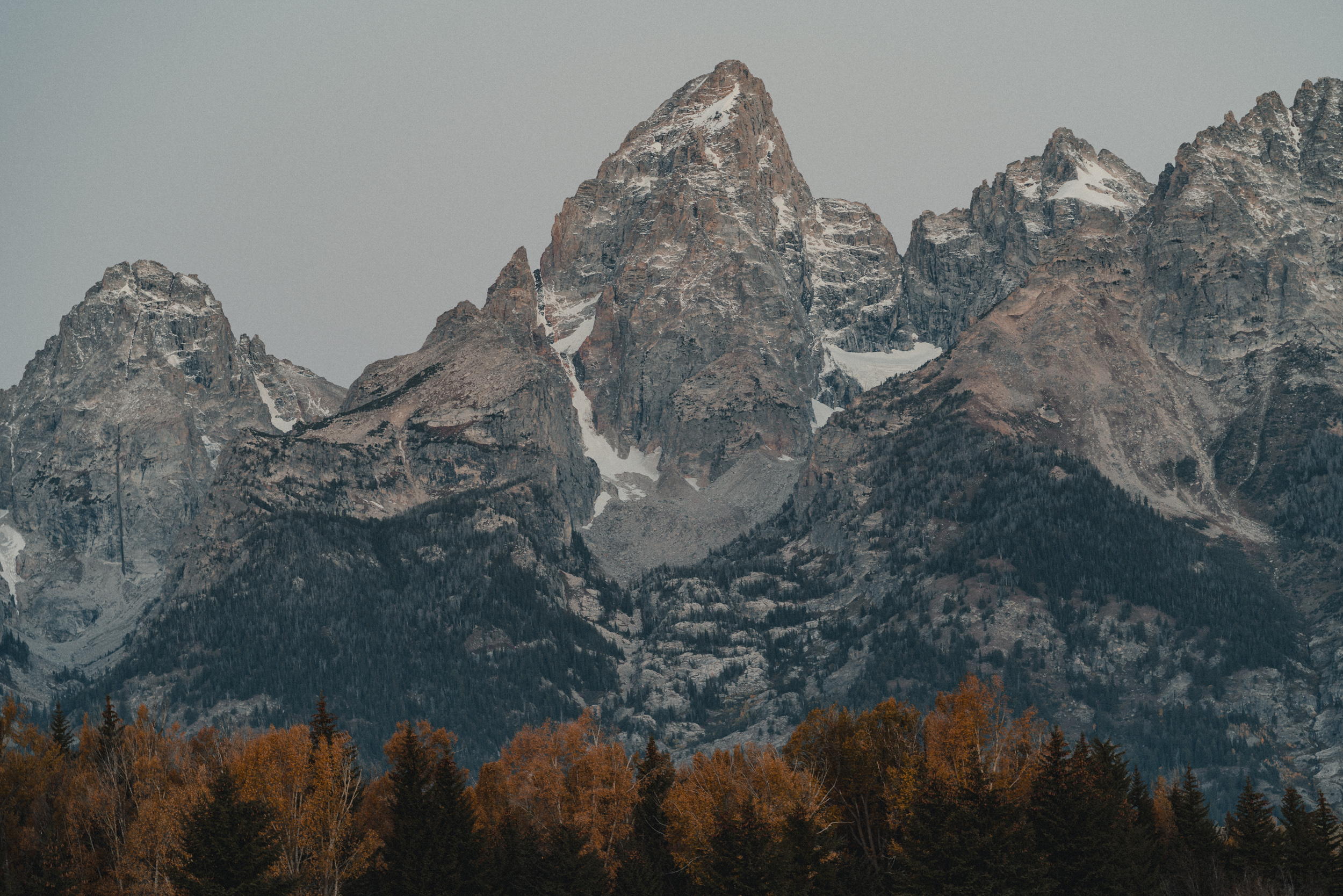 When I arrived at the Snake River Overlook, it was too dark even to see the mountains. I knew I wouldn't be alone this morning. Rarely does a photographer in the National Parks get a spot like the Snake River Overlook to themselves. As I found my spot, I was soon joined by two older men, who set up their tripods on my left and right. After exchanging pleasantries and comparing one another's equipment as photographers often do, we began to discuss how this year has unraveled for each of us. Richard had planned to take his wife to Madagascar for their thirtieth anniversary. They're here, instead. Calvin had a heart condition and spent the entire year at home, this being his first time out all year. But he needed to get out, and he figured he could socially distance in the National Parks. I was supposed to be in Ireland in April and Alberta this fall. But here I am, just grateful to be on the road at all. We took turns sharing life with one another as we were waiting for sunrise to make the majestic peaks glow. First, there was the blue hour, providing us with enough light to begin framing our images in anticipation of dawn, Then suddenly, as if a signal fire had been lit, Grand Teton began to blaze a brilliant orange. All conversation stopped. There was an immediate return to silence. There were only two sounds at that moment: the sound of the wind and the camera shutter's sound. 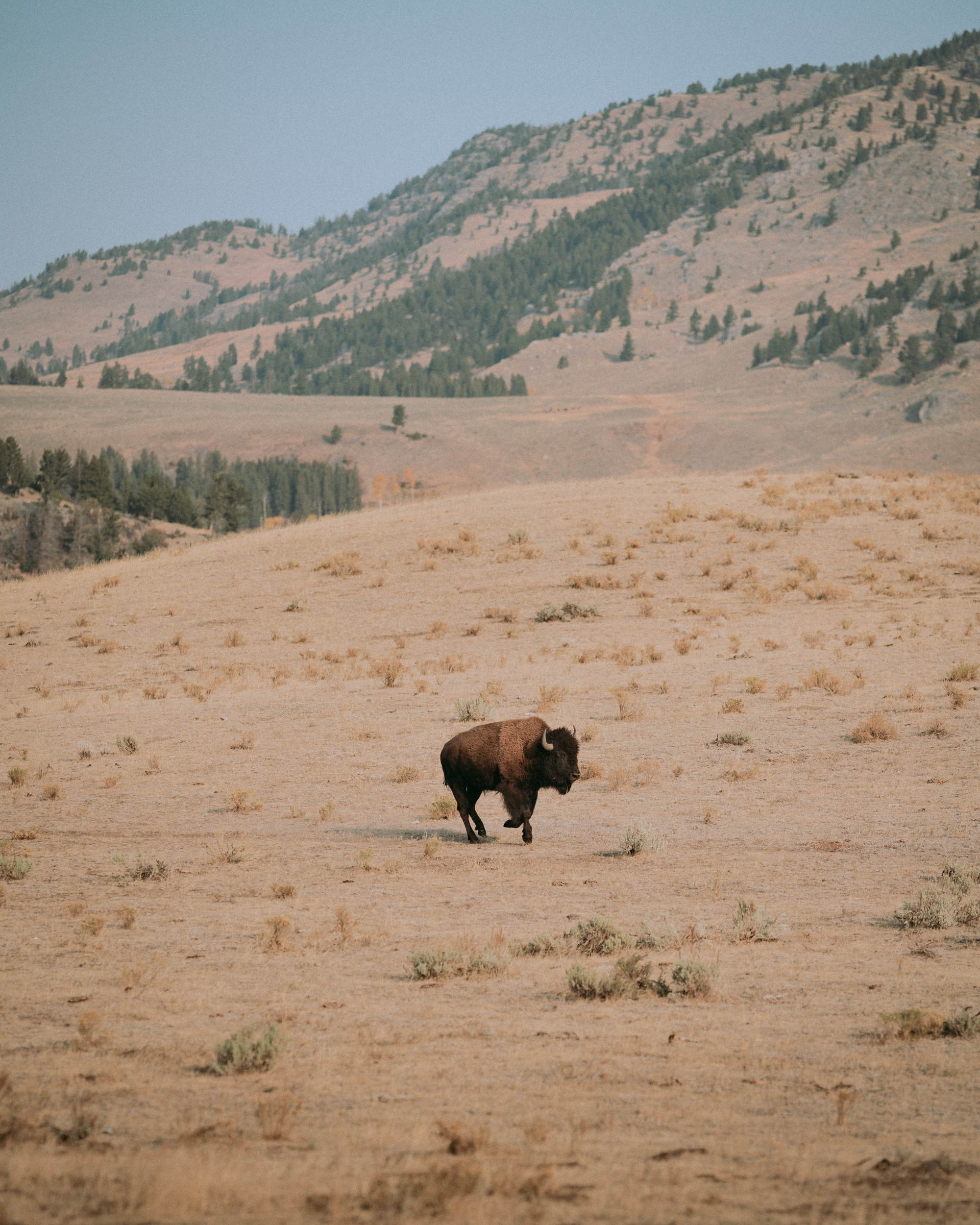 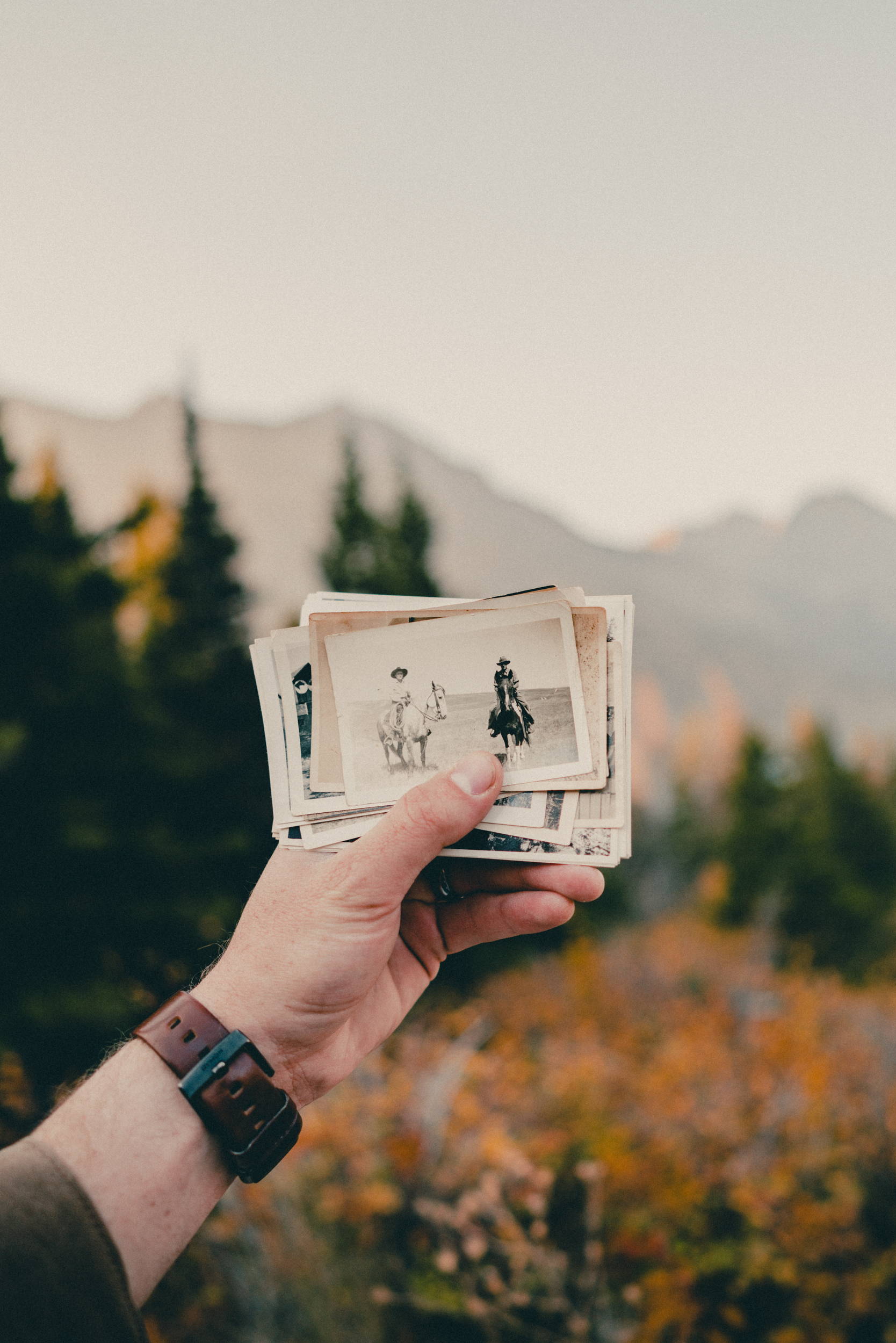 As I sat there watching the light slowly cascade the eastern side of the range, I wondered what light would bring us to hope in these next several months. Will it be the election season coming to an end? Will it be a vaccine? Will it be the countdown at Times Square, welcoming the new year and ending this dreadful one? Or will Time Square even drop the ball this year? The light reminds me of hope, and there is hope in every new day. There has to be.

New days are never promised but always appreciated. That's why I love sunrises so much and why I stood in the freezing fall morning in Grand Teton, passing the time with my new friends Rich and Calvin. It was an opportunity for renewal and gratitude, as well as a time to capture those moments. The light reminds me of hope, and there is hope in every new day. There has to be. 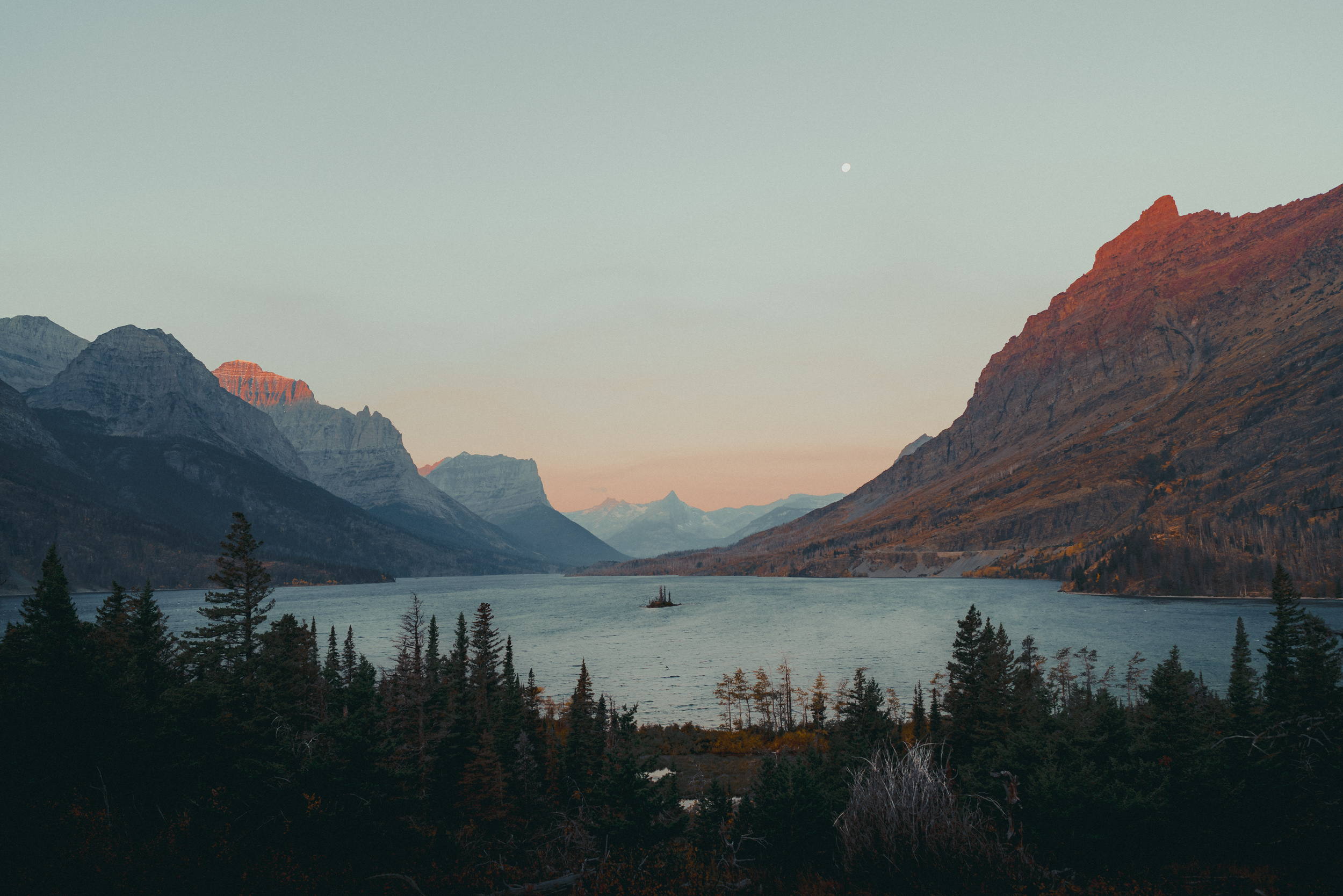 I shot another sunrise the next morning, even colder than the morning before. This time I was down by the river, again in solitude and silence. And soon after, I went to Yellowstone to chase bison and onto Glacier to chase the light. I'm here under the stars right now in Glacier National Park as I write these words, in solitude and silence. This morning I drove nearly the entire way up to where the park closes at East Glacier due to COVID restrictions, and I'm sitting in my car to keep warm while awaiting blue hour. Right outside my passenger window is Saint Mary Lake, and off in that lake is the tiny Wild Goose Island, which I'll be photographing this morning. And I'm surprised to be the only person here. 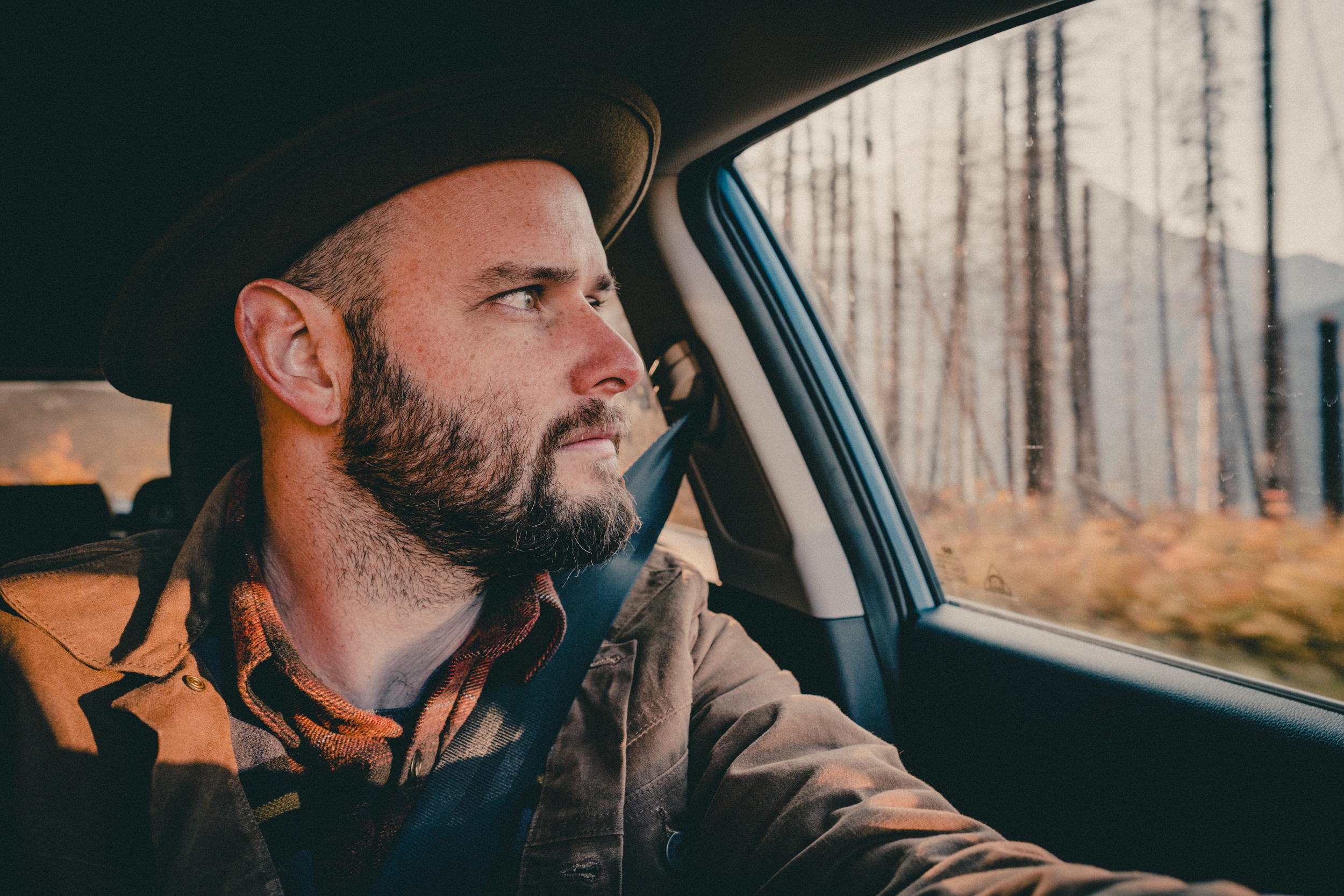 We often need more solitude in our lives. Solitude is different than the isolation we've had to undergo these past few months. Solitude is a choice. It's our choice. And it's in solitude and silence that we can easily find clarity. If I weren't traveling right now, I'd be tempted to spend this morning watching the news or scrolling on my phone. As I await the new day in Glacier National Park, I don't have CNN or Instagram to distract me. On my drive up, I thought about my family, career, goals, and dreams - all the things that make up my life. Yes, this year has been challenging, and while the situation many of us have found ourselves in wasn't by our design, how we respond sure is.

Alright. It seems windy outside. The cold kind of wind like I was met with on my first morning in Grand Teton. But I'll push through it and get the shot. Then I'll make my way down the mountains back to my place in Columbia Falls for some coffee and quality time with my family. I'll come home a little better and a little clearer than I left this morning.

Tune in next week for part 2 of Dave's adventure! 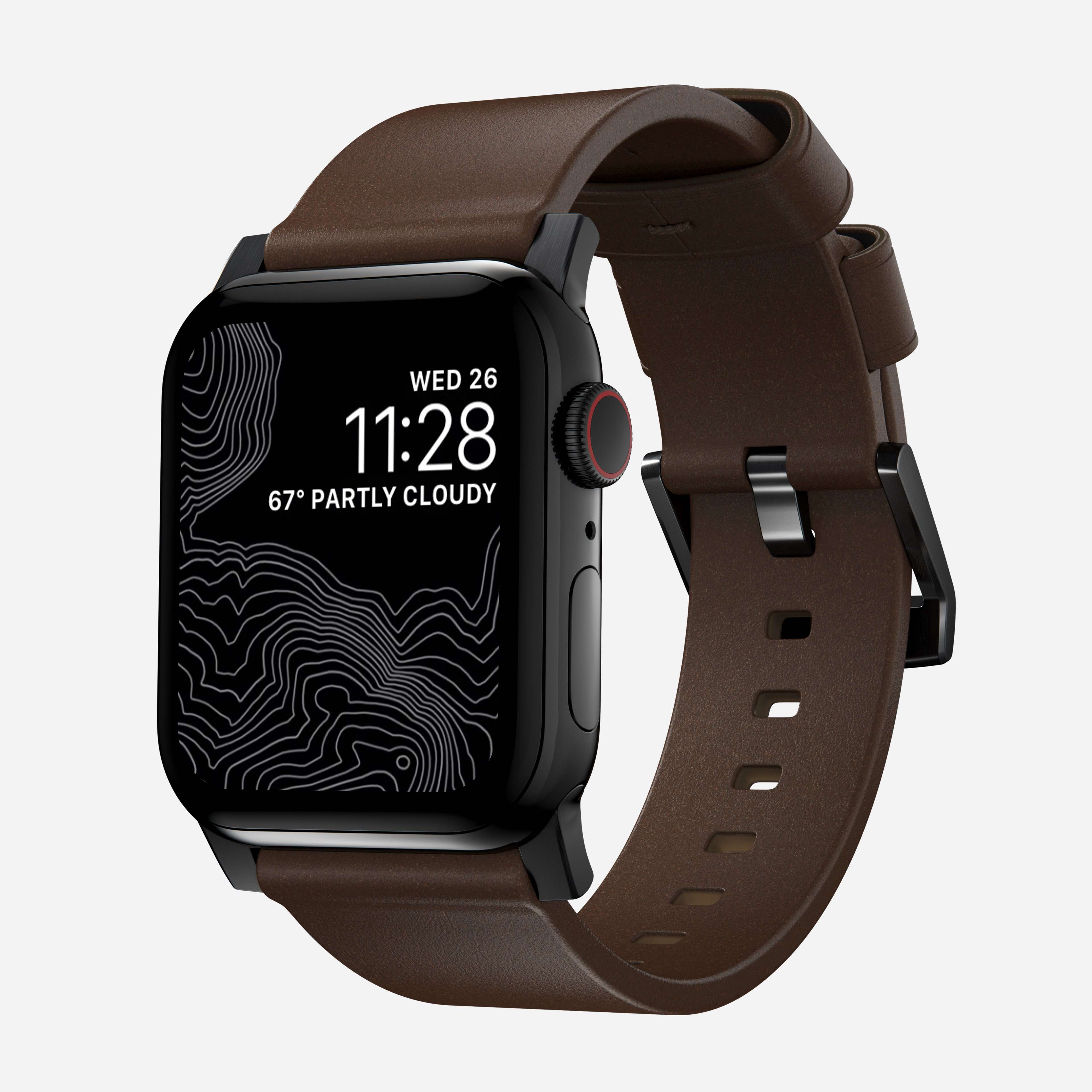 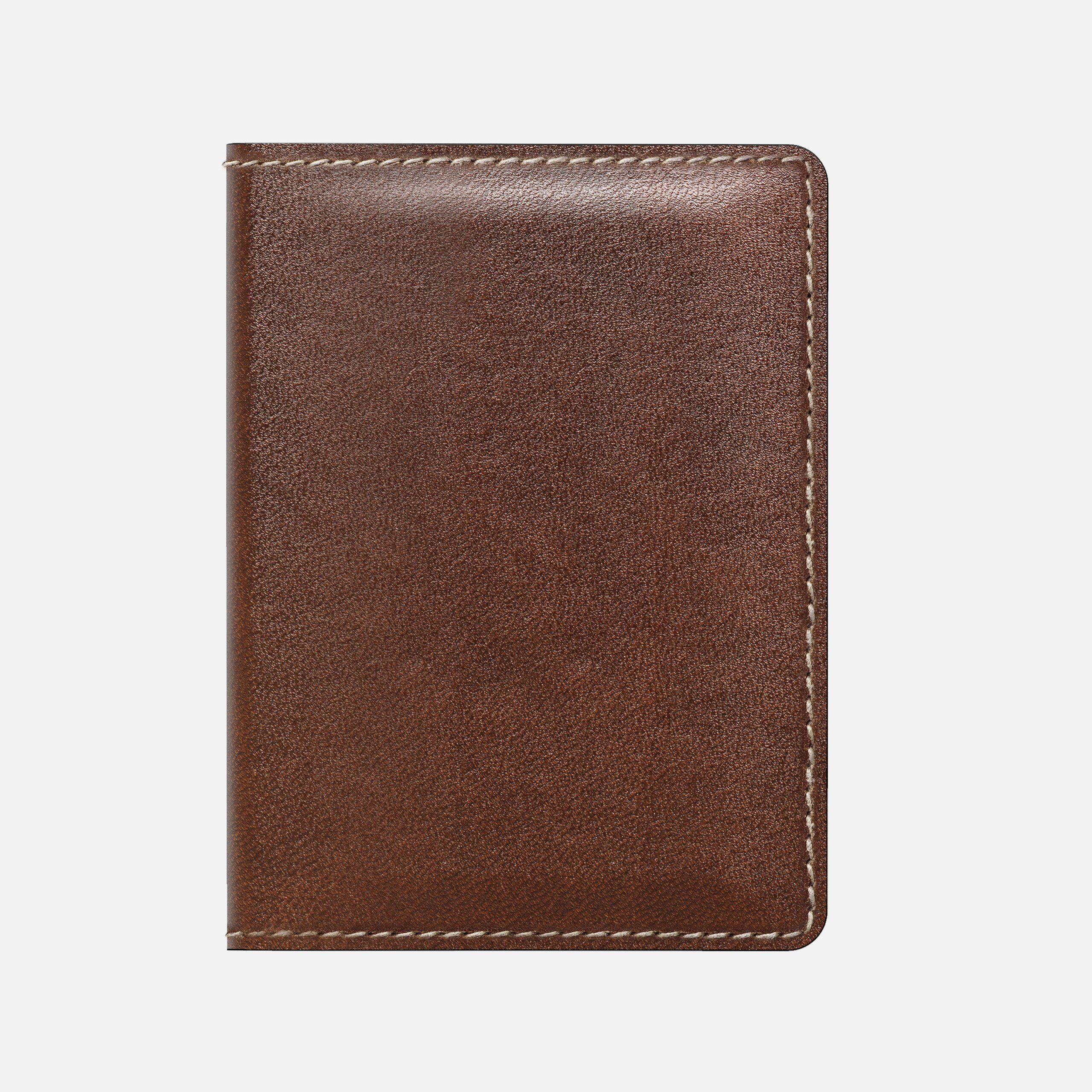 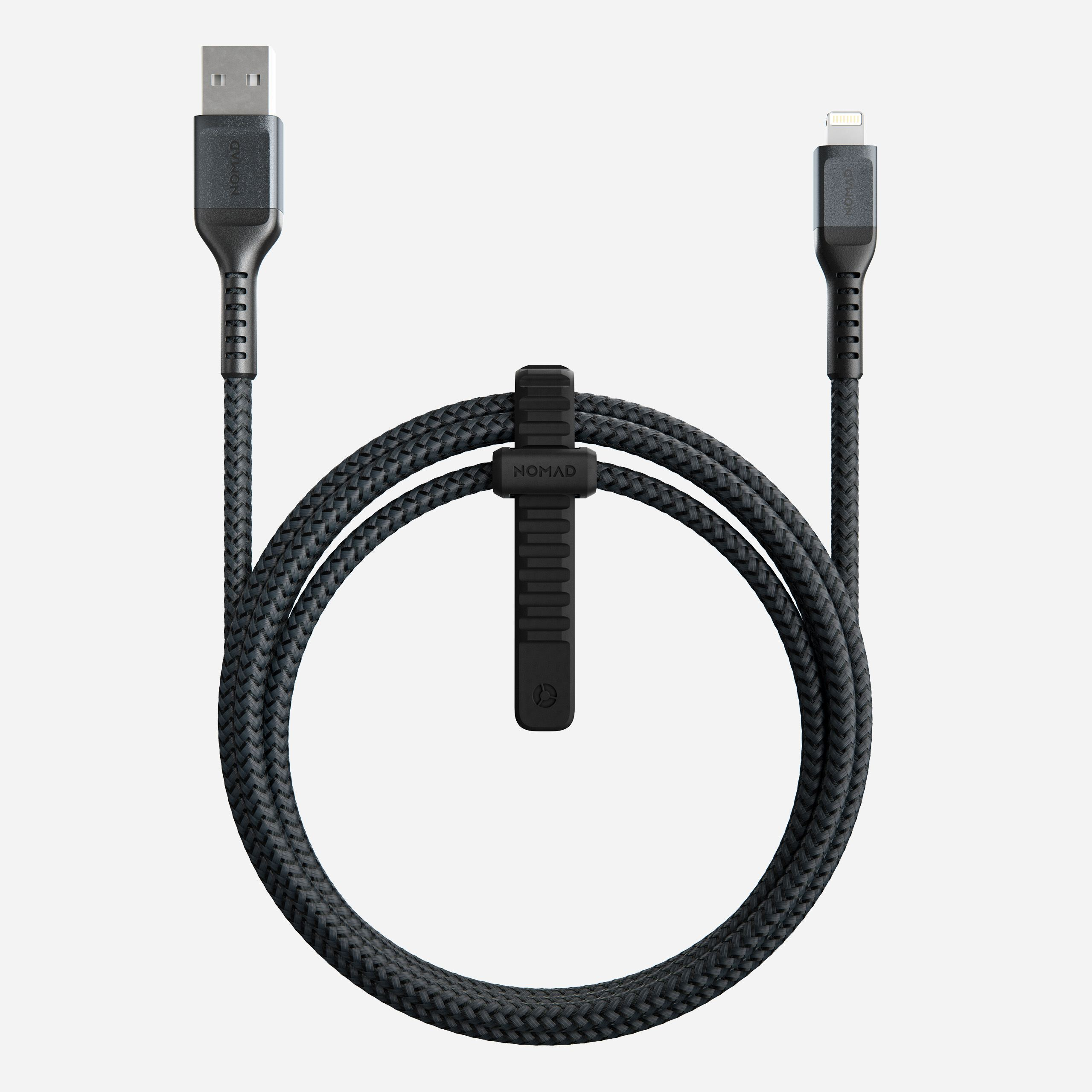 1.5m | Kevlar®
Want to join us on our journey? Stay up to date with the latest from The Nomadic.
Back to The Nomadic