The promise of a life free of cables, of clutter, of constant unplugging and plugging back in. What if you could just set your iPhone down and start charging? Welcome to the world of wireless power. Wireless charging has been around the smartphone world for a couple of years now. Since Apple adopted the Qi standard with the release of iPhone X and 8 / 8 Plus in 2017, wireless charging has become ubiquitous. This year alone Apple has released three new phones with wireless capabilities, not to mention the recently released AirPods with Wireless Charging Case. 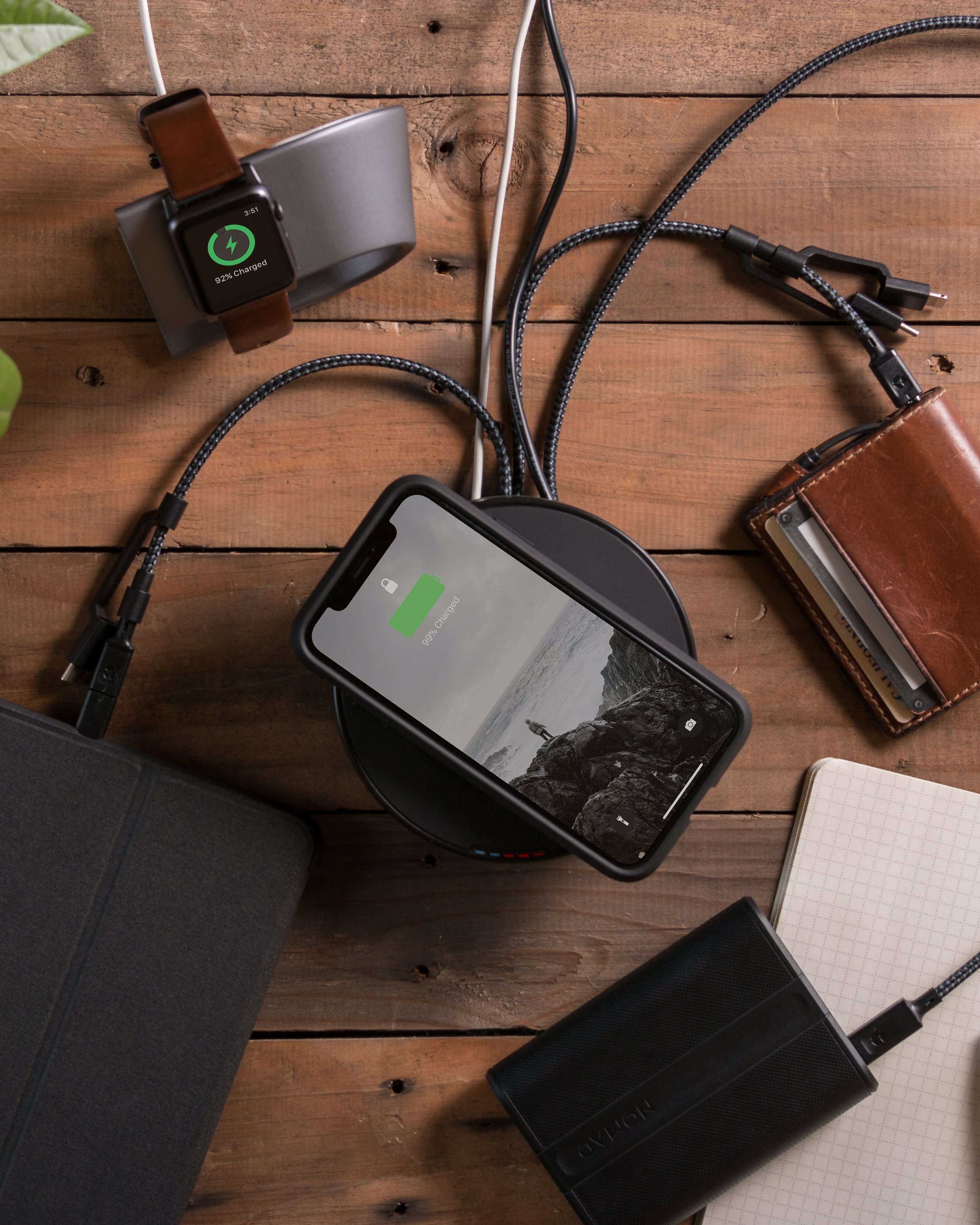 It doesn’t stop there, with noted Apple Analyst Ming-Chi Kuo speculating that the newest iPhone line up, set to launch in September of 2019, will feature phones with bi-directional wireless charging. This means that new iPhones will be able to lend some of their battery life to keep your AirPods powered. If further speculation is true then the Apple Watch will soon charge wirelessly using Qi technology. If this is the case, bidirectional iPhones could also lend power to your Apple Watch.

Even as more and more devices are offered with wireless charging capabilities, many people (including some of the less tech savy members of the Nomad team) are left scratching their heads and wondering how it works. My dad recently got his Base Station from Nomad only to call me and ask why his iPhone 6S wouldn’t charge when it was placed on top. For those that don’t know, the iPhone 6S does not have wireless charging capabilities. Read on for more information on how exactly wireless charging works and its advantages and disadvantages over charging with a connected power supply to your device—AKA cables. 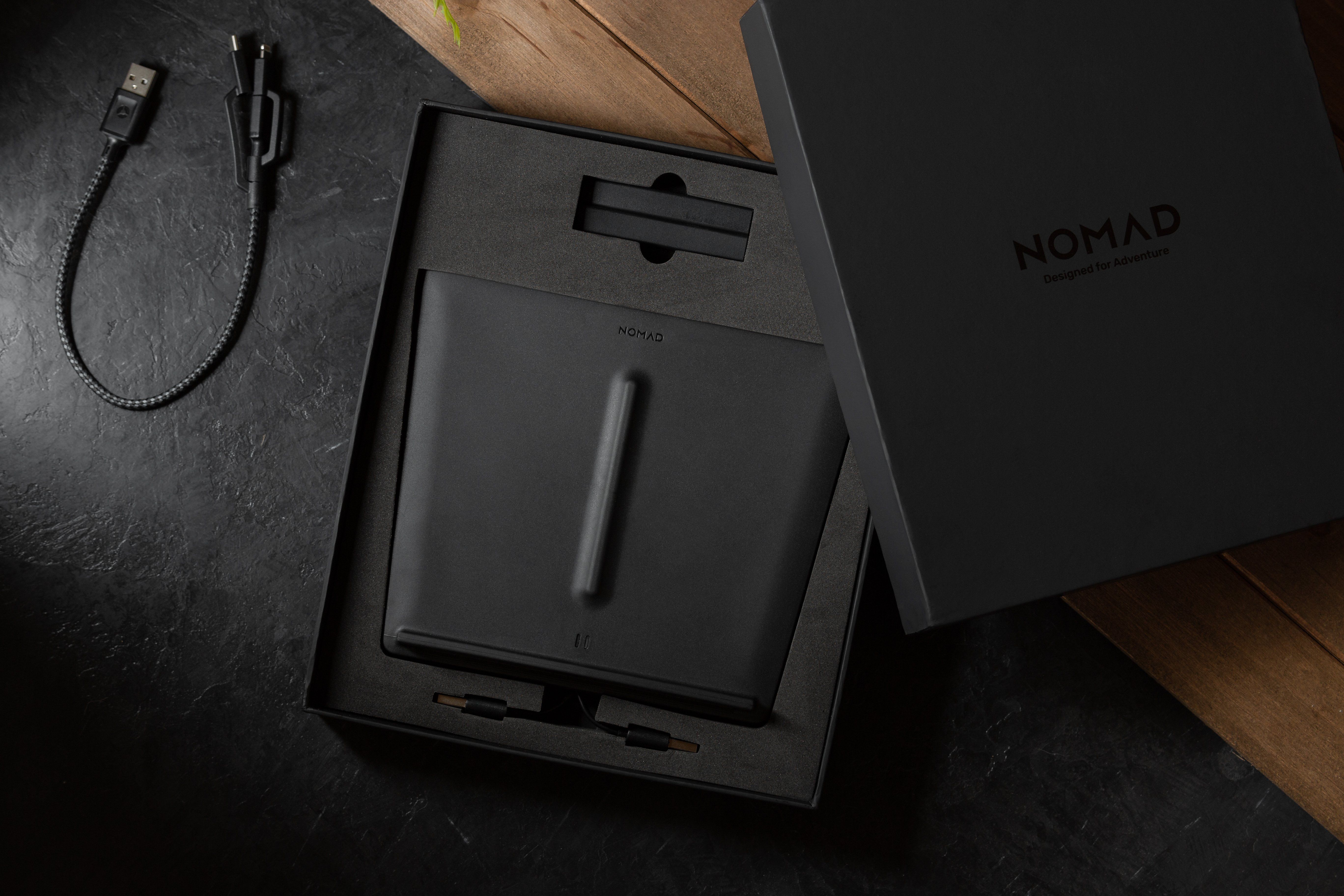 Wireless charging is properly known as inductive charging. It has been around since the early 1960s and was being tested out in the early 1900s by Nikola Tesla with his “Tesla Tower”, a device over 200 ft tall that Tesla believed could tap into the Earth’s own electromagnetic charge to provide near limitless power. While Tesla’s dream of unlimited wireless power never panned out, inductive charging technology nonetheless marched on and is now most widely known for its application for smartphones. 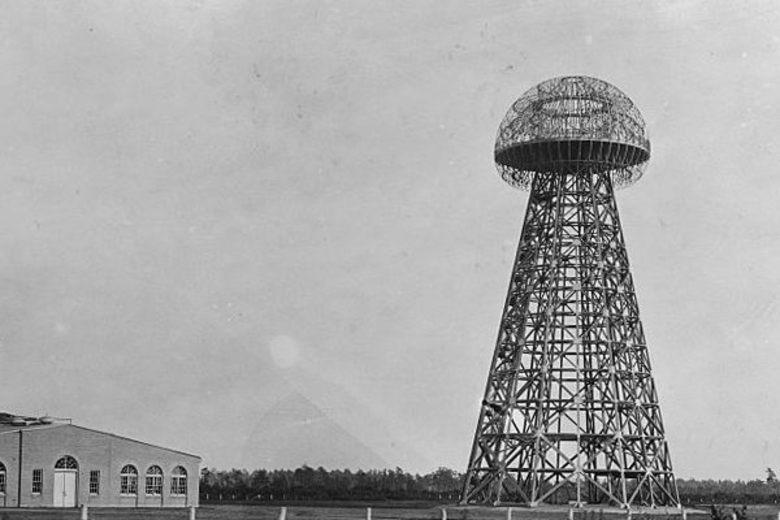 How Does it Work?

At its most basic level, wireless charging works by passing current between two coils via magnetic induction. Current in one coil creates an electromagnetic field, this field then "induces" a current in the other coil. Every iPhone from the iPhone 8 onward is outfitted with a receiving coil and rectifier that can take the electromagnetic field output from a wireless charger, like the Nomad Base Station, turn it into AC current, and then lastly to DC charge for your phone battery, keeping you powered. 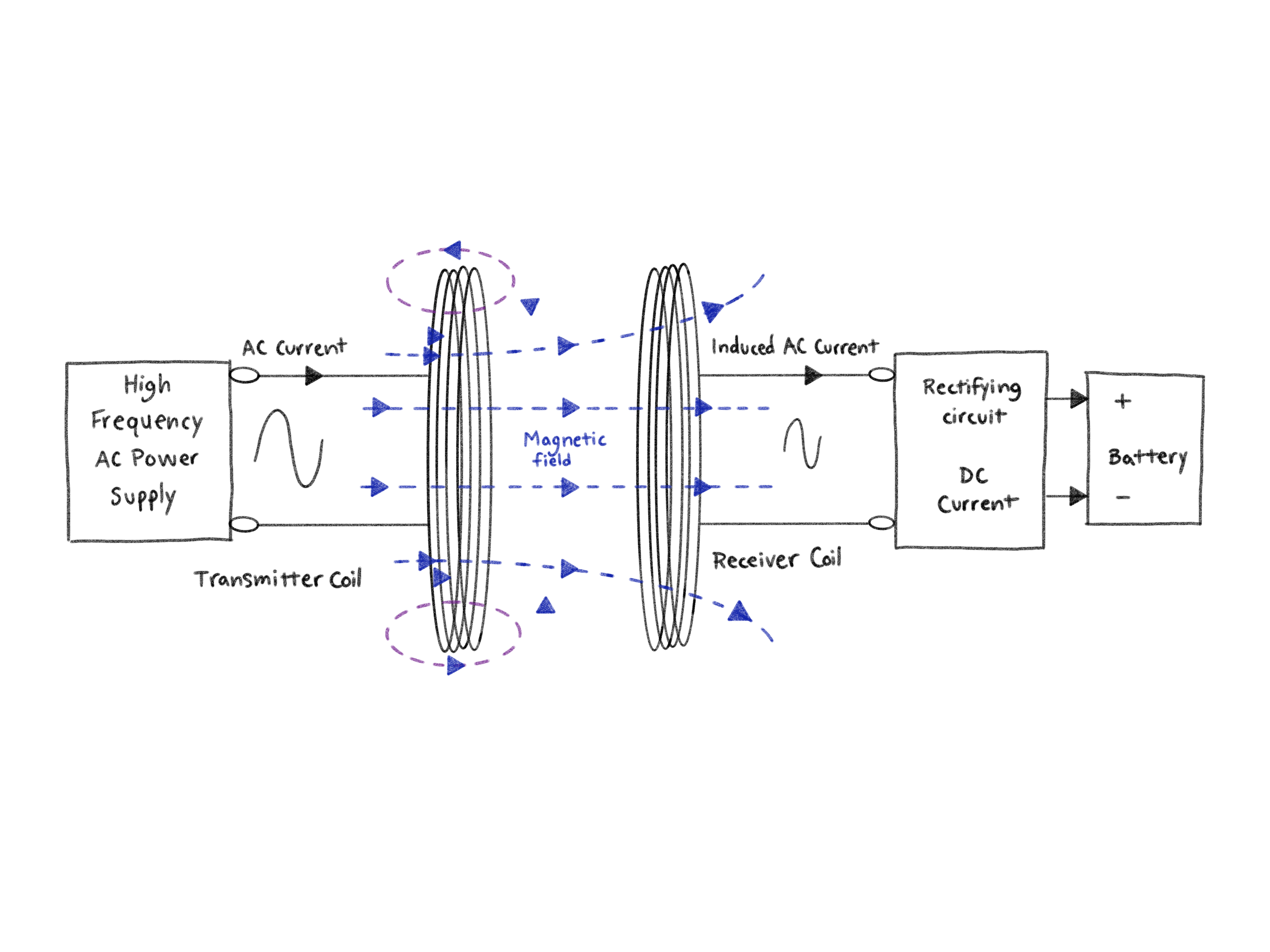 Not exactly. With the wide array of possible power sources, outputs, inputs, and DC Voltages the possibility for damage done to your smartphone’s battery seems high. Enter the Wireless Power Consortium (WPC) and the Qi Standard. The WPC was formed in 2008 in order to prevent those problems from occurring. While the WPC works to sets standards for all kinds of wireless charging applications, the Qi standard is what governs smartphone charging for all major smartphone manufacturers, including Apple and Samsung. Any wireless charger that is safe for your phone bears the seal of the Qi Standard. At Nomad we are committed adopters of the Qi standard and all of our wireless chargers are built in accordance with the latest regulations and standards set forth by the WPC. So rest assured, you are in g ood hands!

So what does it all mean?

With the widespread adoption of the Qi standard, it has become clear that wireless charging is here to stay and that all major device makers will include it as a standard feature on their smartphones. The question we are left with is: is there any drawback to wireless charging? 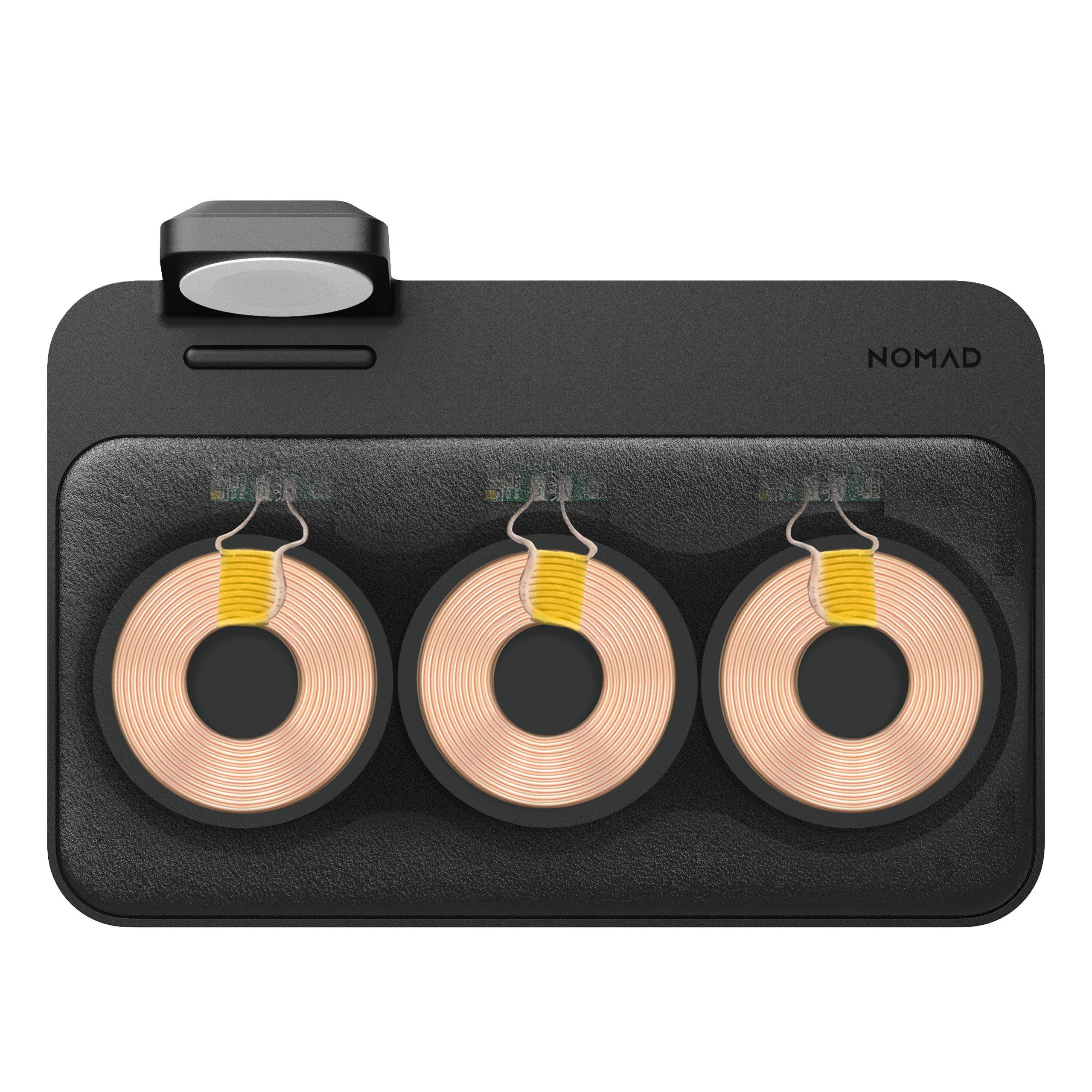 Coil Layout on the Nomad Base Station Apple Watch

Right now the biggest drawback is that wireless charging is currently slower than charging with a cable" So if you need a quick charge, using a cable is still your best bet. If you are using an iPhone with a 29W power brick, you can charge an iPhone XS from 0% to 50% battery in just half an hour. With a wireless charging pad built to the Qi Standard, you can expect to get to about 27% battery life if starting at zero. However, the ease at which you can integrate a wireless charger into your life really helps make up for the speed gap. Further, as more and more smartphones with wireless charging are released, we can expect faster and faster charging.

Another more minor drawback of wireless charging is that since successful power transfer depends on the coils in the charger and the receiving device being lined up, your device will have to be placed exactly on top of the coils in order to charge. Apple’s Airpower, which was originally slated to launch in 2018, was supposed to offer positionless wireless charging, meaning that multiple devices could charge anywhere on the pad without having to be placed on a single location. AirPower was canceled by Apple on March 29th leaving positionless wireless charging up in the air for now. 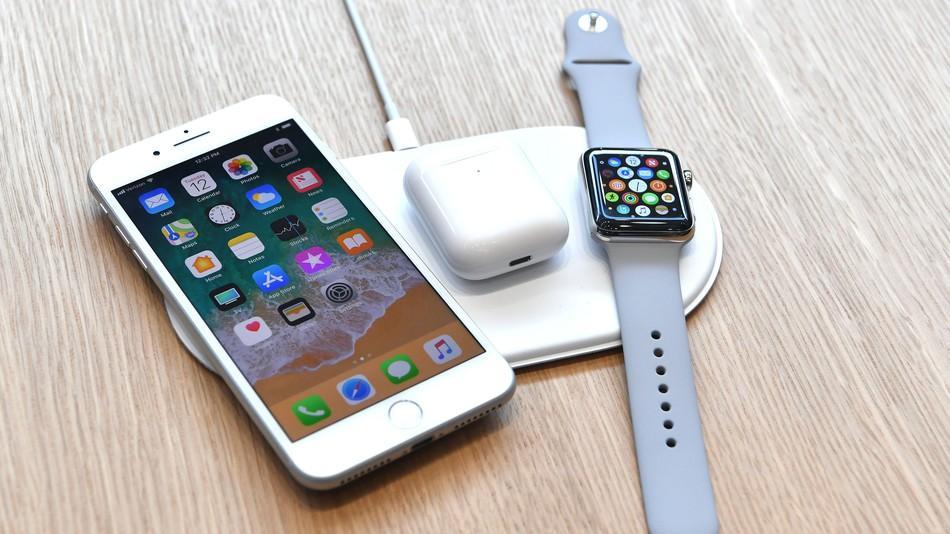 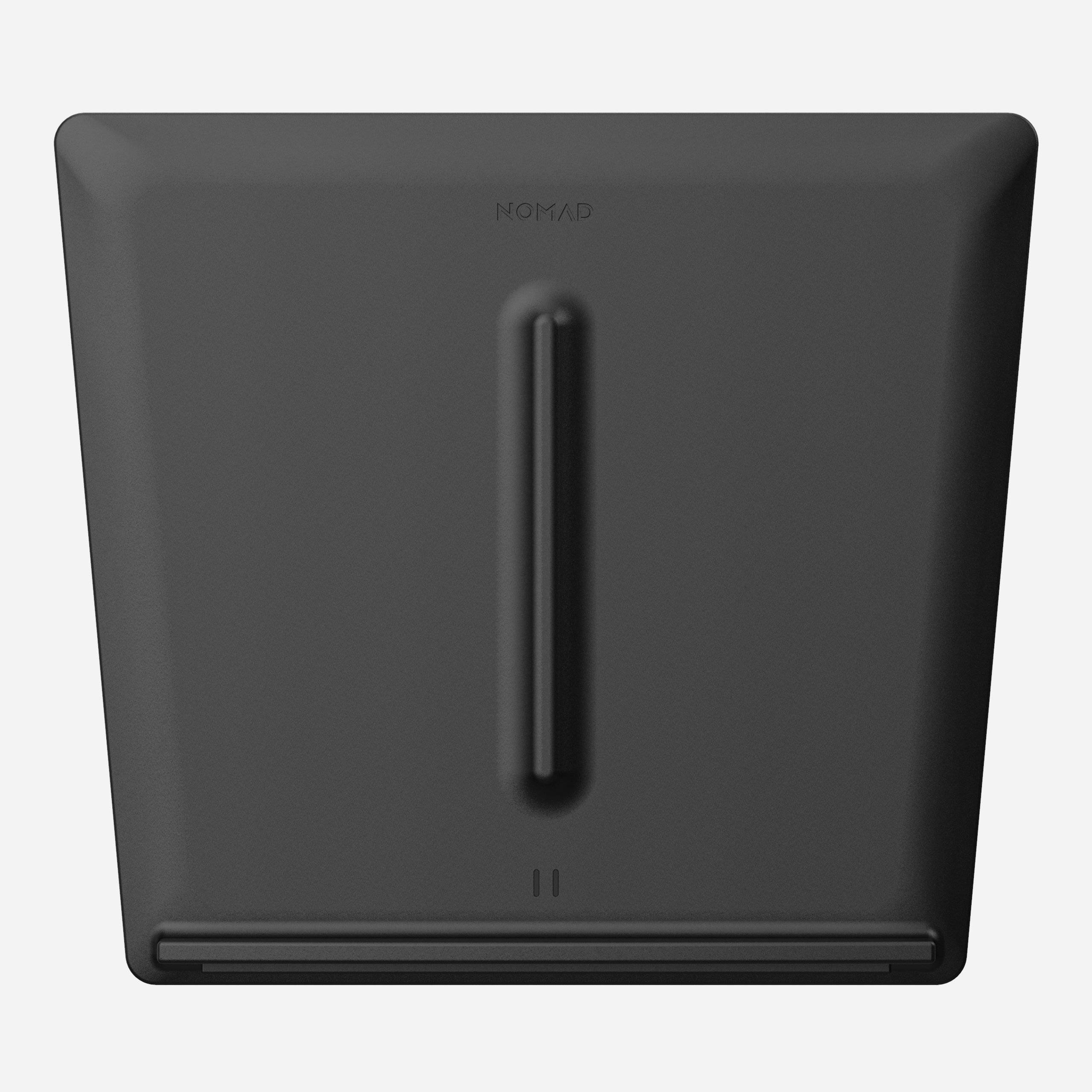 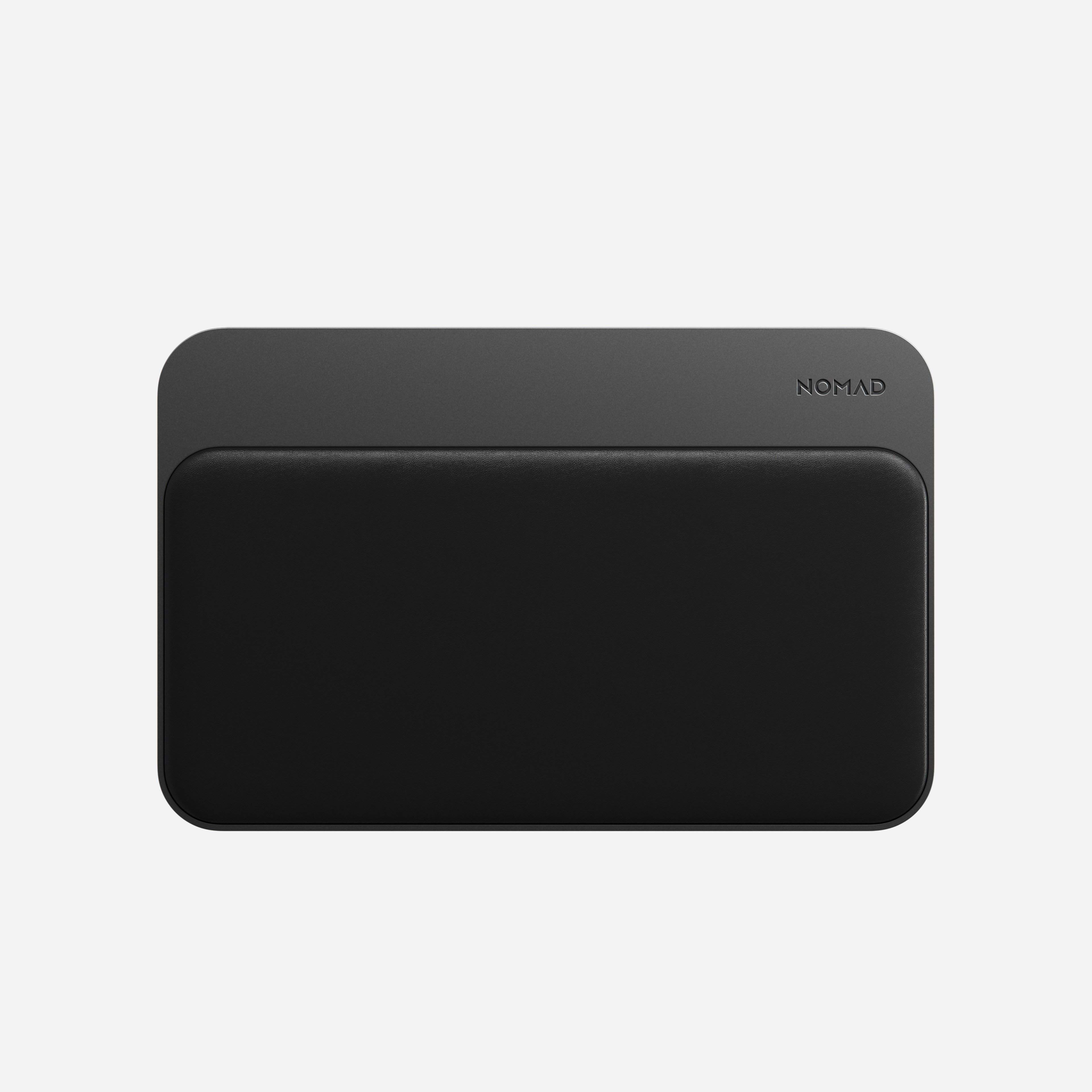 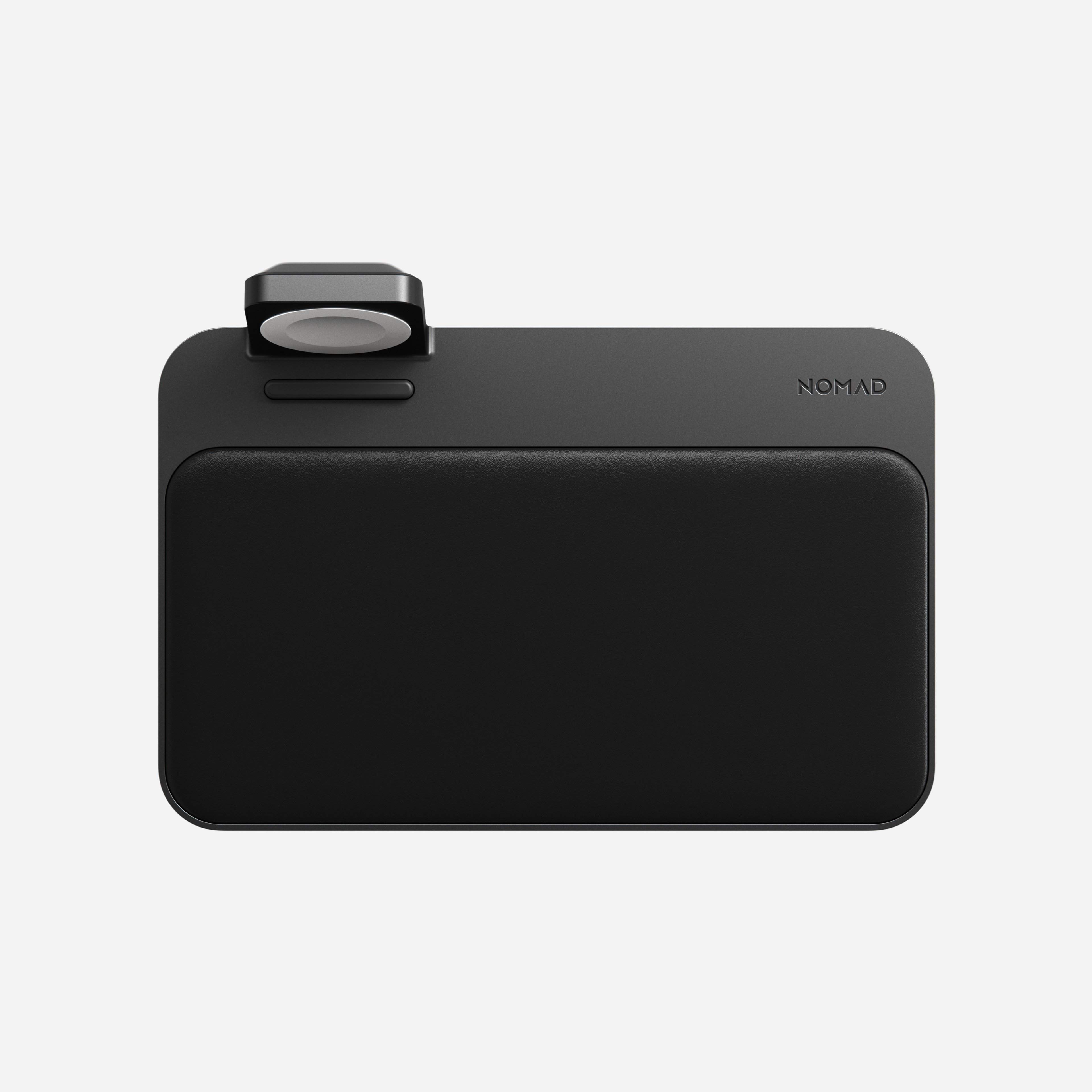 Apple Watch Edition
Want to join us on our journey? Stay up to date with the latest from The Nomadic.
Back to The Nomadic