Will Bryan is a photographer, videographer, writer, traveler and digital nomad – the list goes on. He often finds himself on the road in pursuit of adventures, new cuisines and new places. He is currently based in Berlin, which he is using as a basecamp to explore all that Europe has to offer. The following is an account of his recent weekend adventure in Alicante, Spain. He brought some Nomad Gear and Moment Lenses to help document the trip.

After the success of our last trip to Rome, my friend Paolo, and my cousin, Jonas and I didn’t waste much time in planning a second outing. This time around we opted to fly to Alicante, a historic port city located on the Mediterranean Coast in Eastern Spain. It was definitely time for some warm weather on the tail end of a dark Berlin European winter. On top of that, it was also Jonas's birthday, and the warm weather, delicious food and picturesque scenery seemed like an ideal backdrop for celebration.

I invited my coworkers and one of them, Olena, had the good sense to take me up on the offer—she was especially happy when she learned that round trip flights from Berlin were €14.50 (shout out to Google Flights). The rental car for the weekend was only €13.68 (plus a €31 fee for being under 25). Being a weekend warrior is a lot easier when travel is affordable. 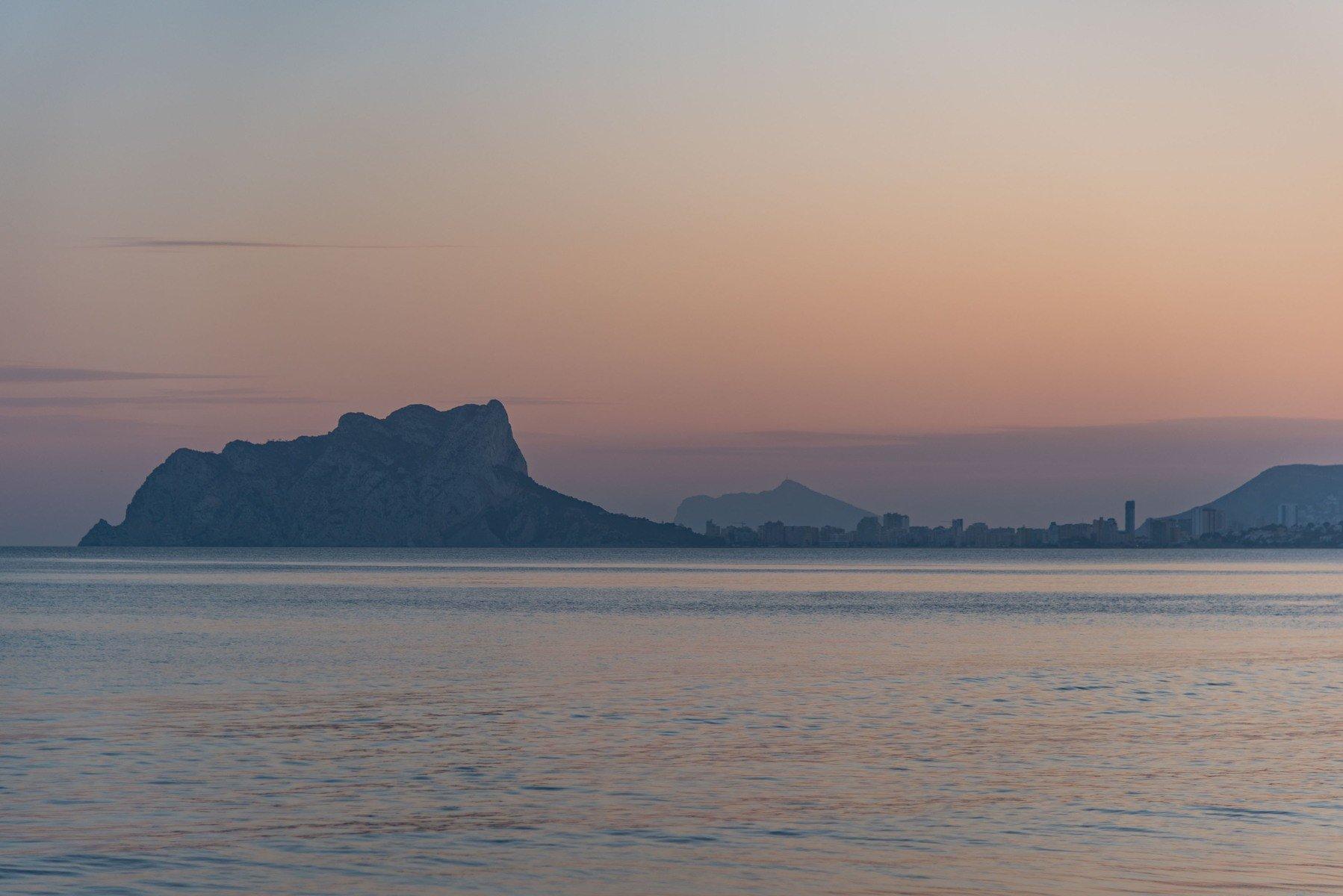 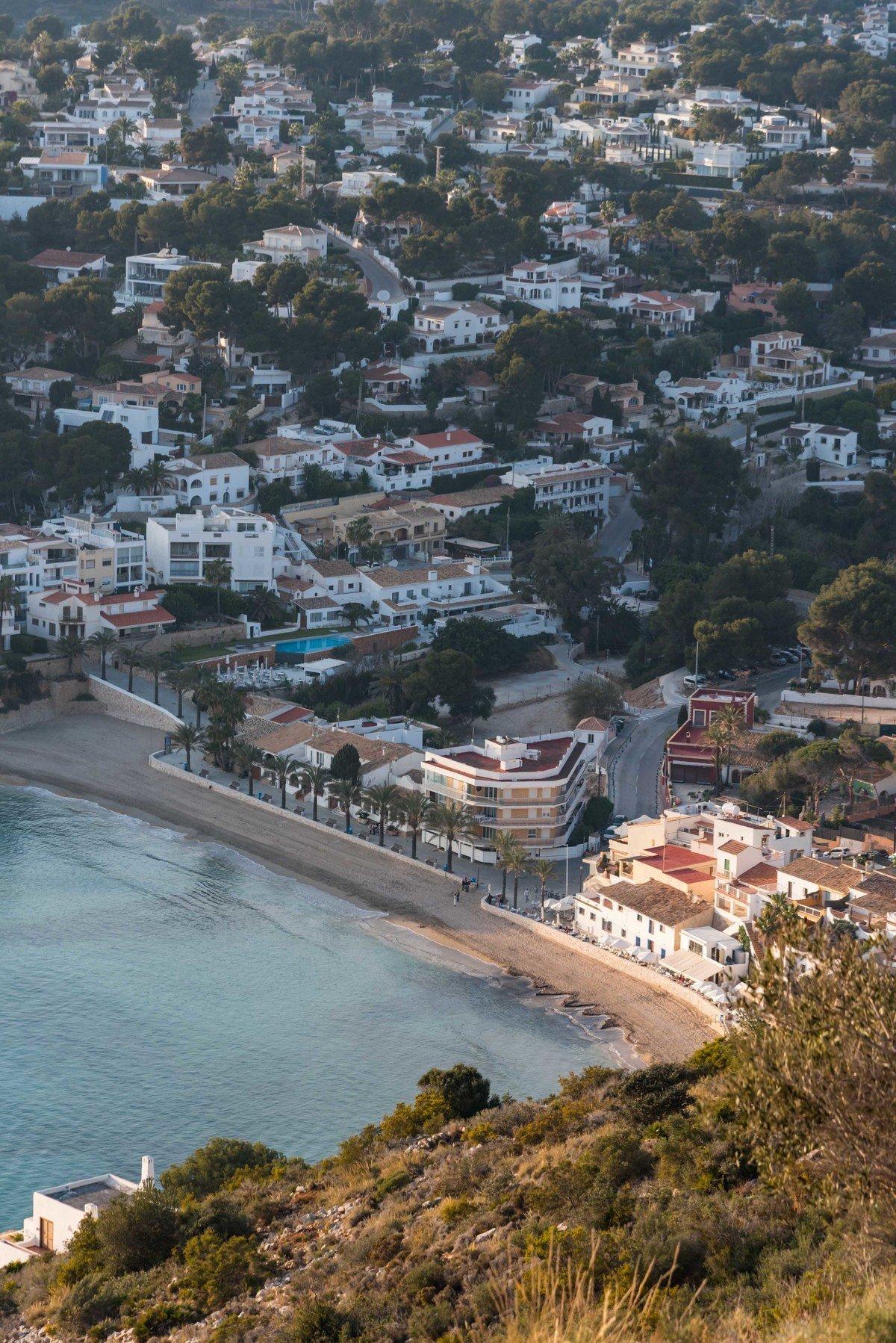 After arriving in Spain, Olena and I learned that we’d have to wait two hours for a pair of Jonas’s friends to arrive. Rather than sit in the airport, we picked up the rental car and explored a nearby town. We stumbled upon a hole-in-the-wall tapas restaurant and scarfed down some grilled octopus and fried cheese before rushing back to the airport to pick up the others. 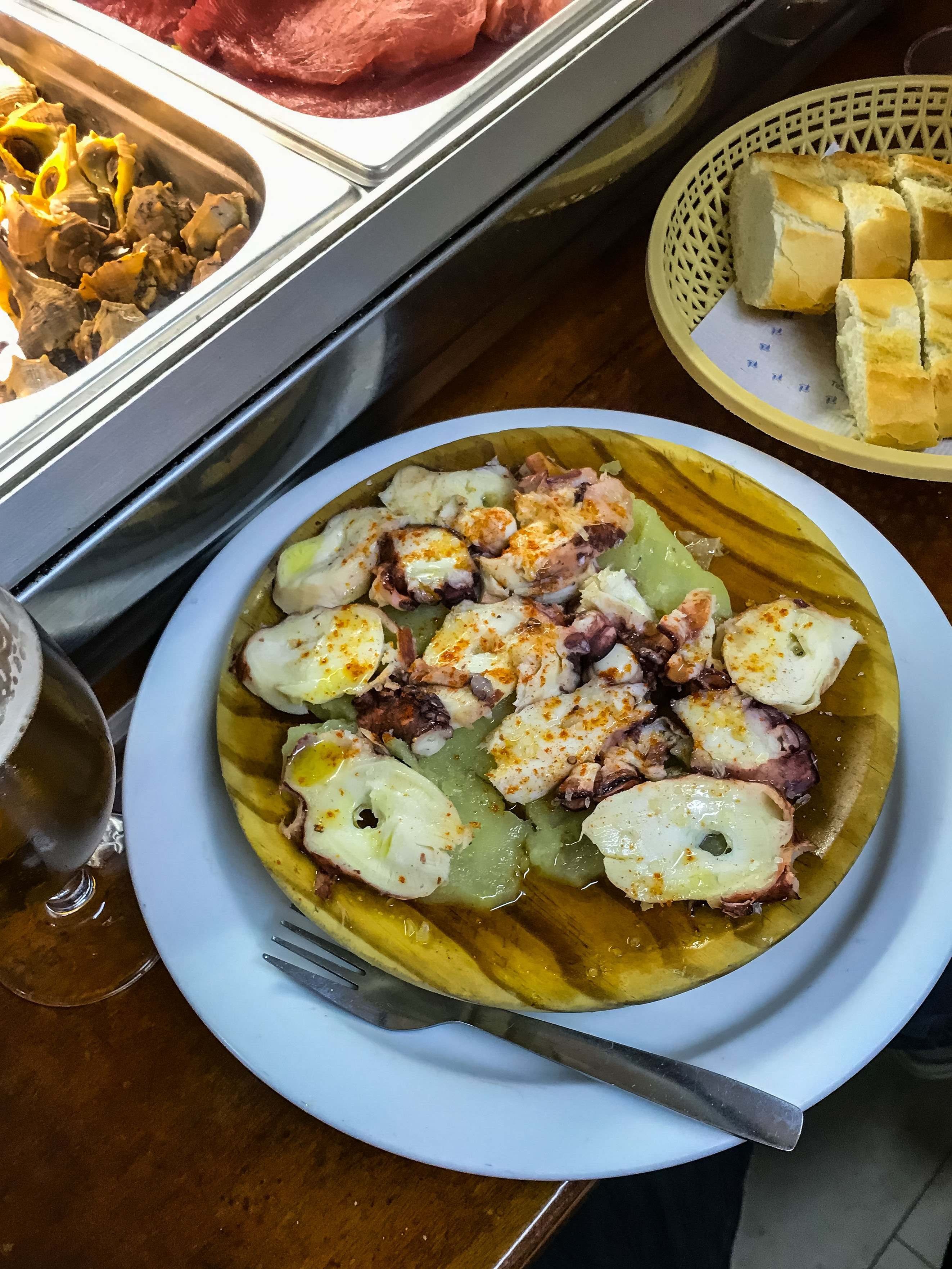 Hole in the Wall Tapas 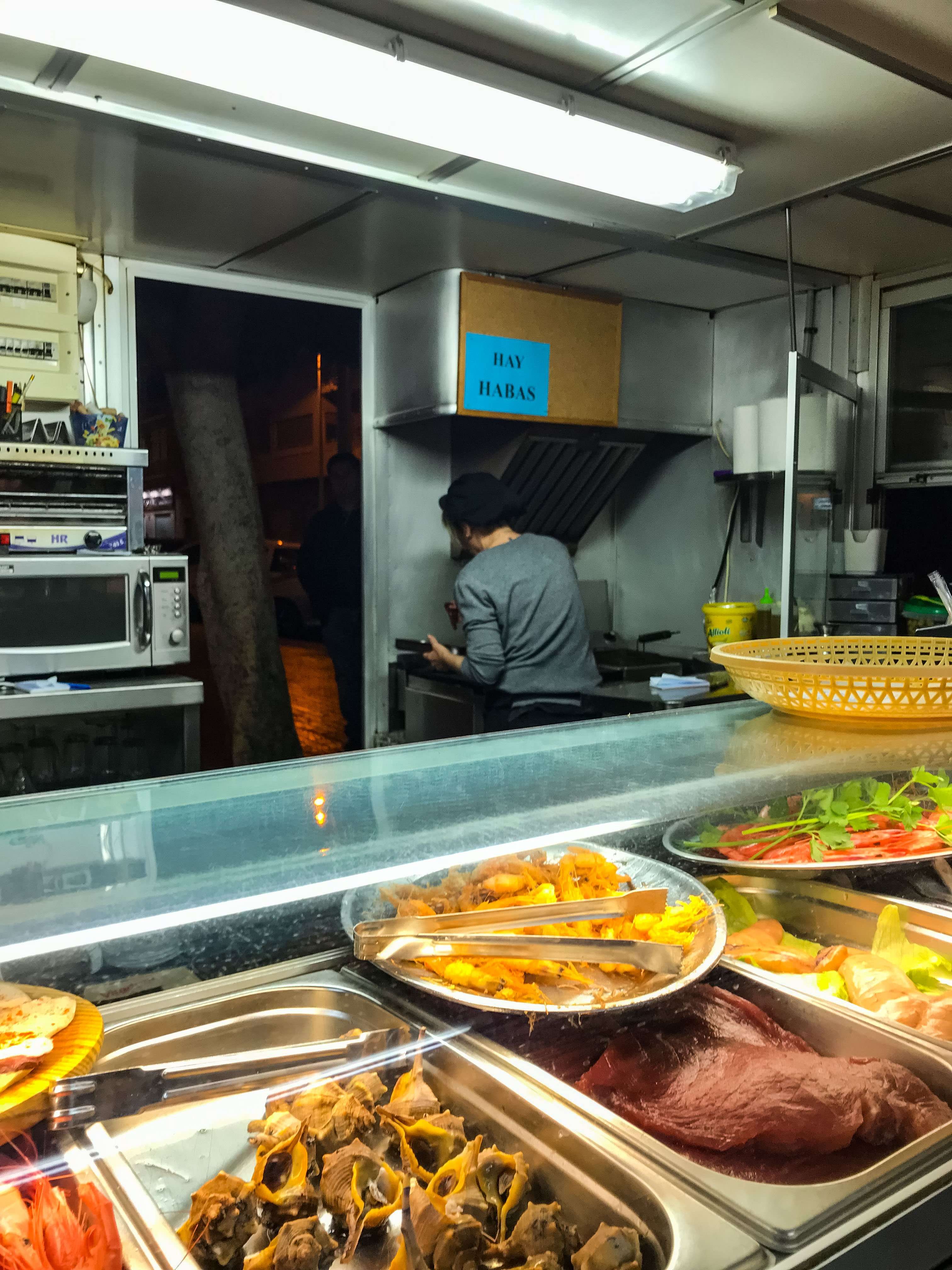 During the hour drive up the coast, we got to know each other before arriving in what can only be described as a villa. As I walked in the door Paolo handed me a Gin & Tonic and we got down to the serious business of celebrating Jonas’ birthday.

I woke up at 9 a.m. to an abandoned house. After making sure that the cars were still in the driveway and everyone hadn’t abandoned me I made myself some breakfast. Still no survivors. I figured I’d make the most of it and lay outside in the sun while I waited for the dead to rise. 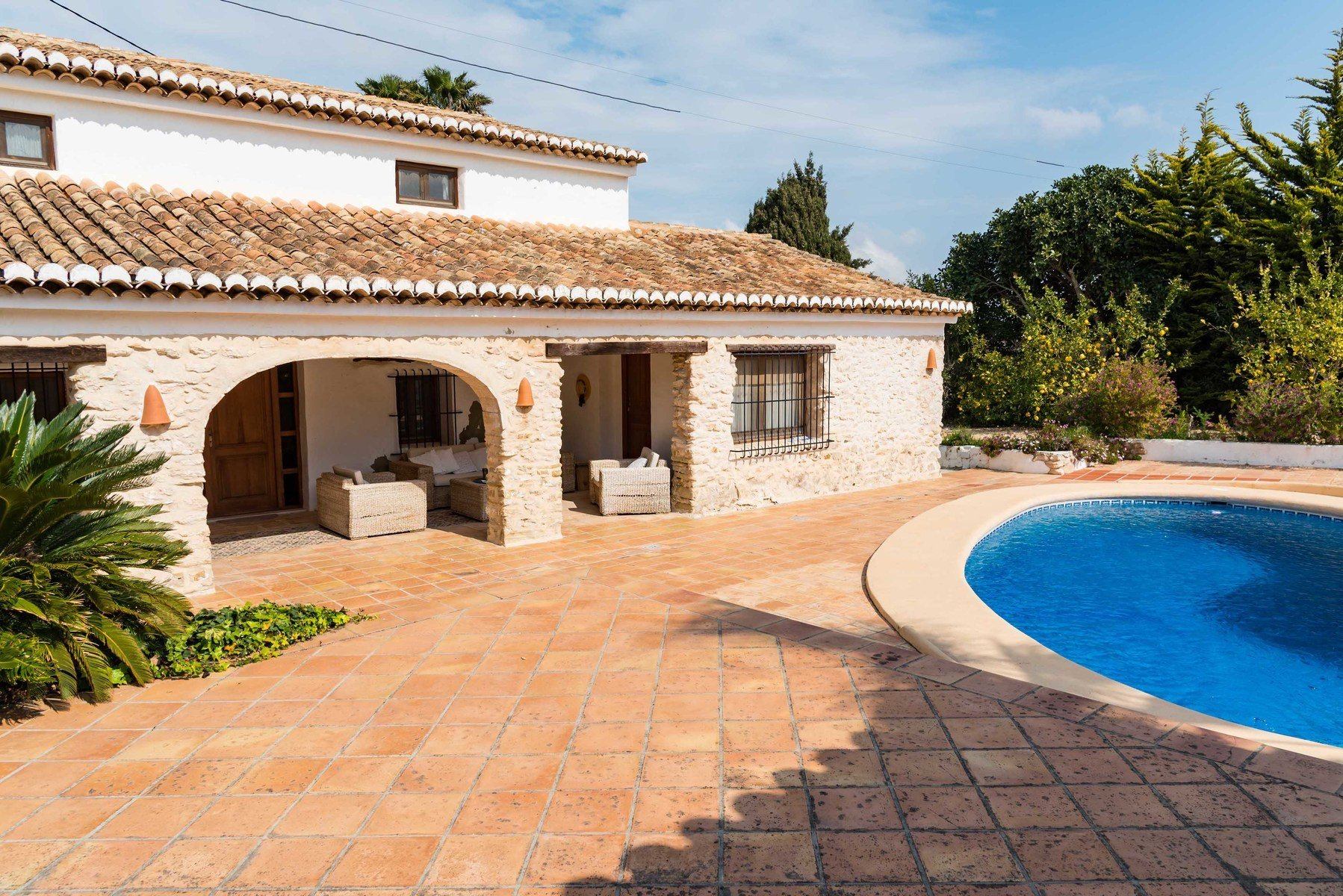 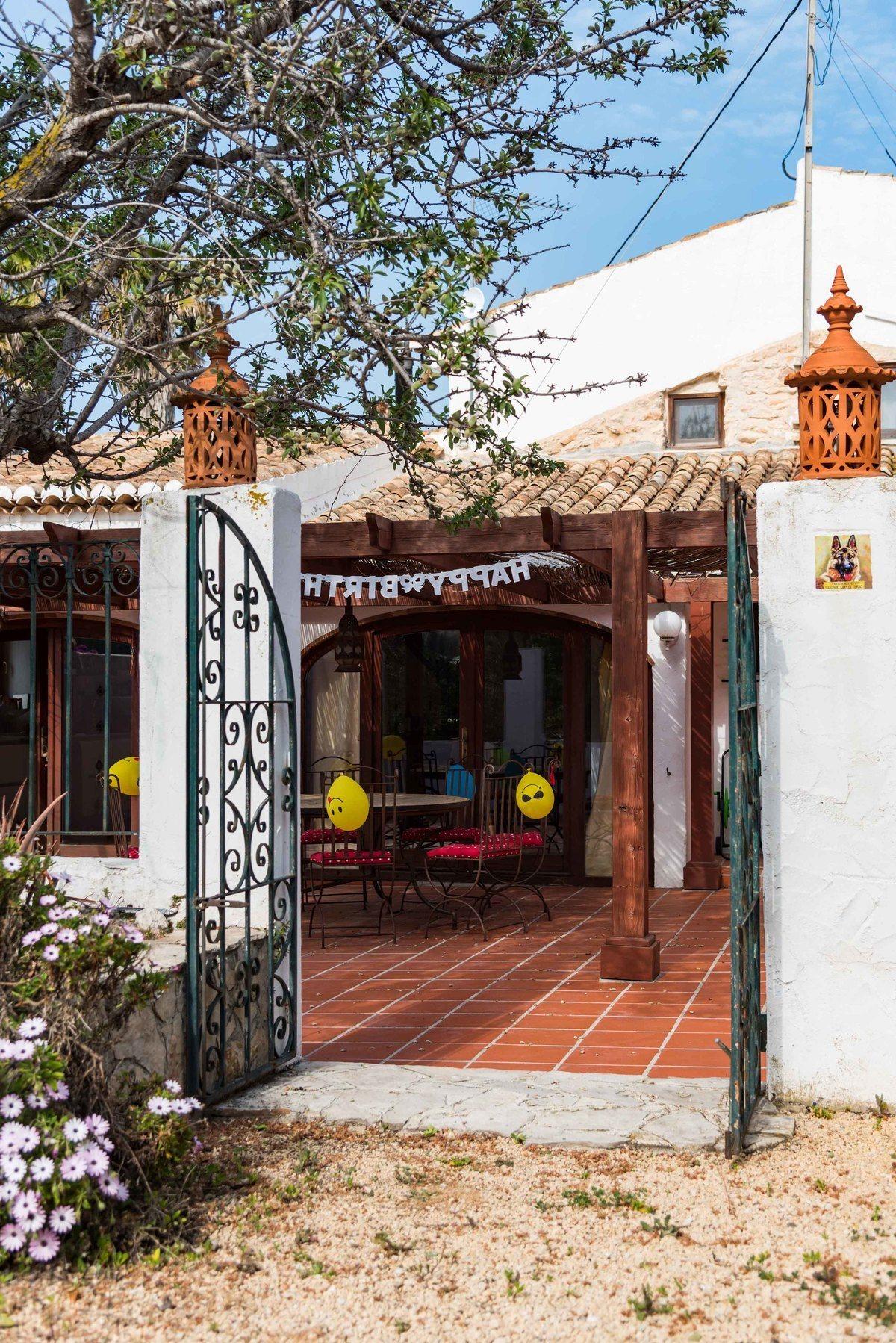 One by one, the revelers made themselves known as they stared at me with squinty eyes in the bright Spanish sun. Two hours later everyone but Jonas was accounted for; we weren’t too worried because the only obligation that day was a reservation at a paella restaurant at 1:30 p.m.

Then another hour had passed still with no sight of Jonas.

Then 1 p.m. ticked by and Jonas finally showed himself, but there was no way he’d make it out to lunch. Jonas’ sister, Tara, called the restaurant to cancel the reservation but they had a better idea: bring the paella to us. 30 minutes later Tara, showed up with a meter wide paella dish filled with the traditional rice dish. 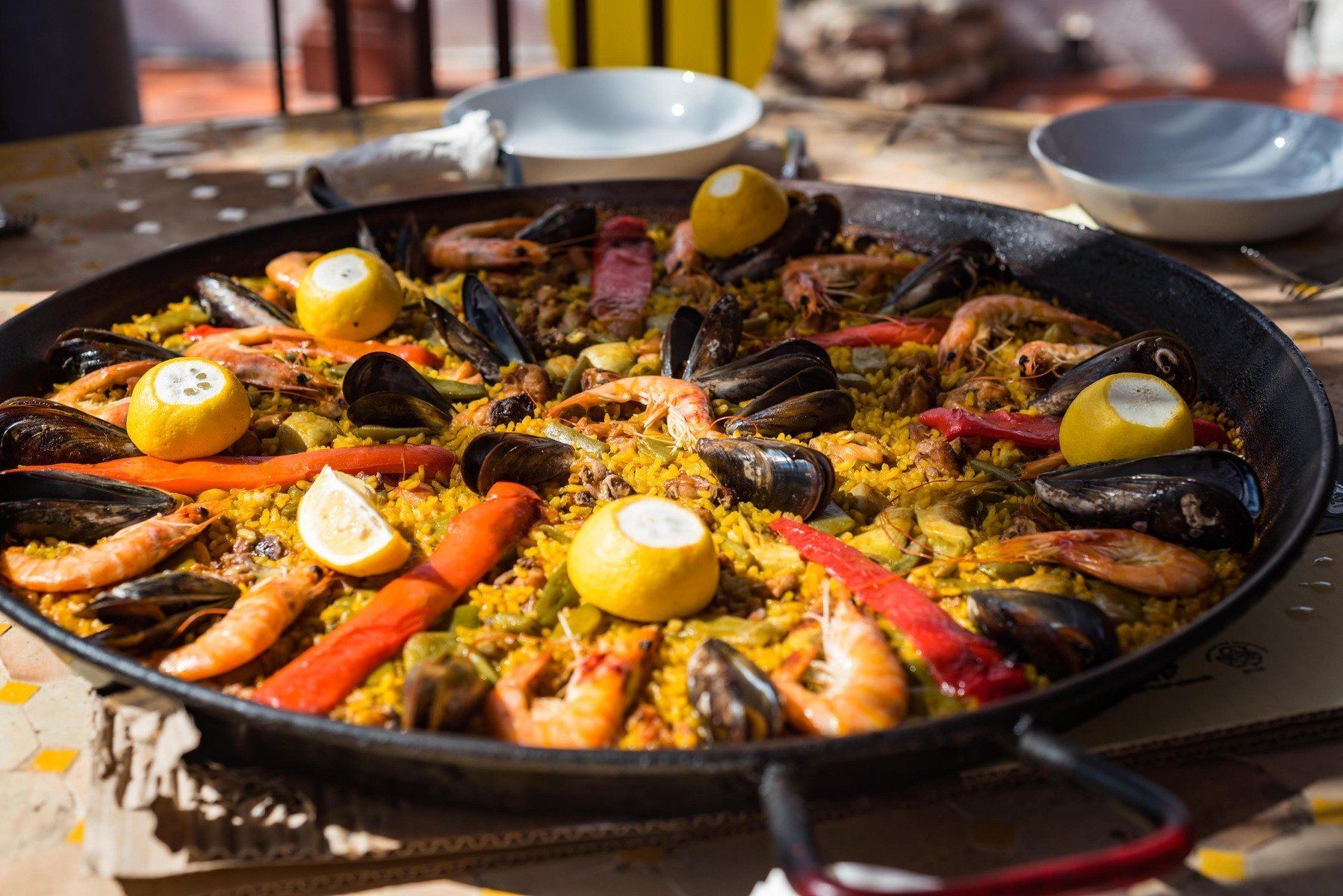 After picking at his paella for thirty minutes Jonas declared it was time for our hike. We hit the road and after a short drive we were at the trailhead.

We meandered around the hills above Moraira to the Torre del Cap d'Or, a watchtower from the 1500s, before taking a seat and popping Jonas’s birthday champagne while muttering about the hair of the dog that bit us. The views of the coast and surrounding countryside that our efforts afforded us were spectacular. While our view down onto the hills and sea was tranquil, the tower was originally built to keep an eye out for pirate ships. I didn’t see any signs of the Jolly Roger that day though. 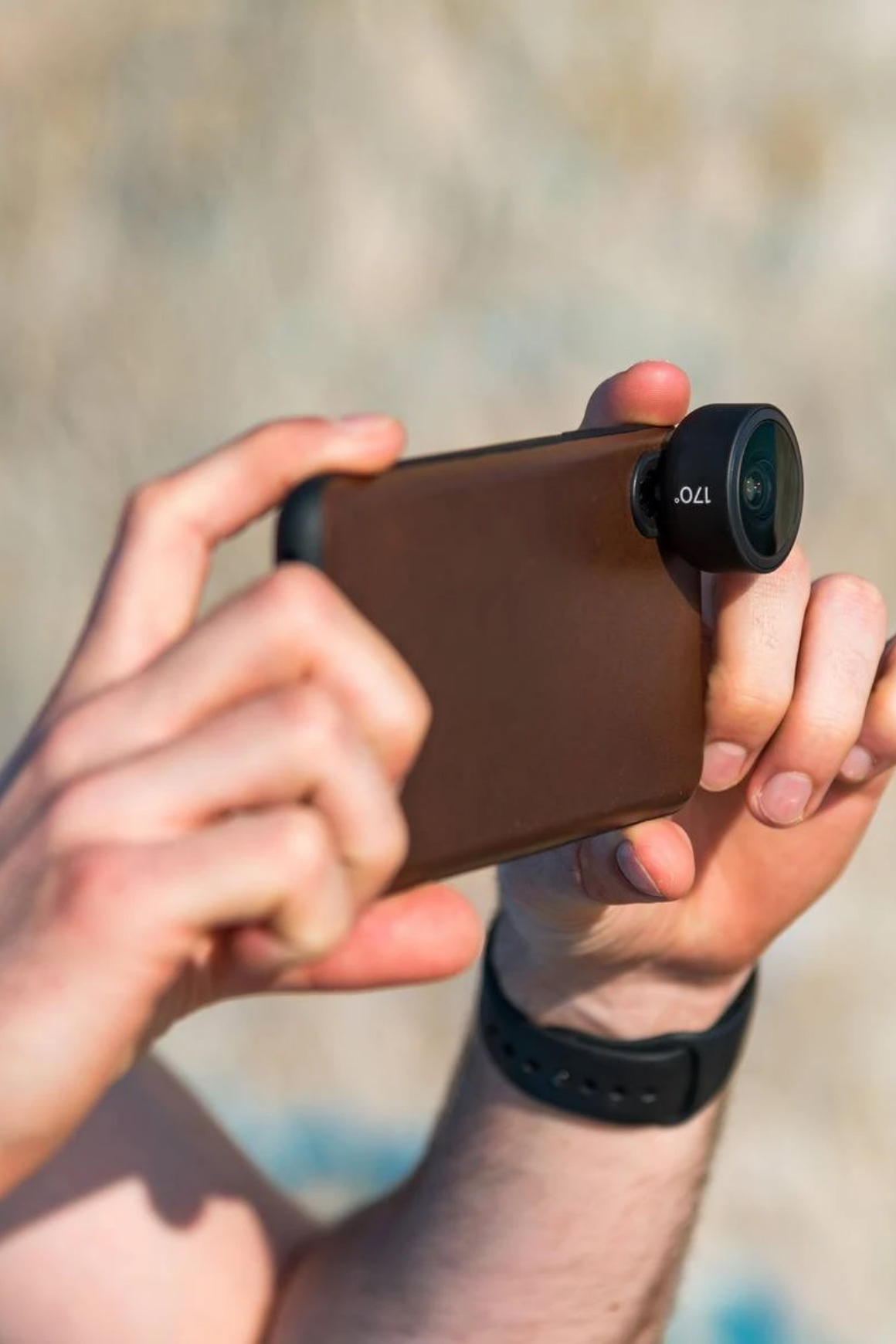 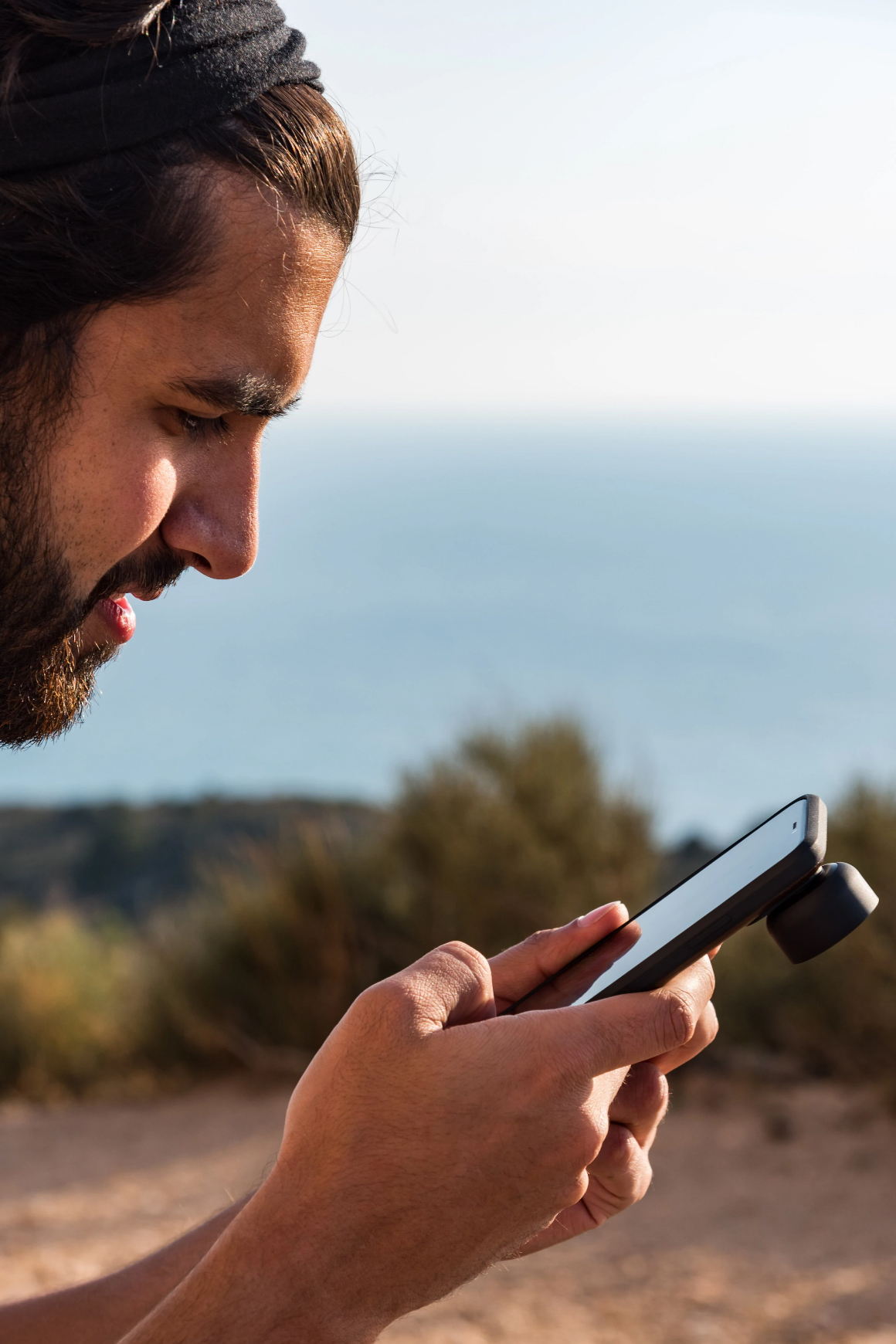 Perfect for Capturing the View

The next morning we made sure to go back to Moraira for gelato before taking Paolo to the airport. Olena and I drove back to the coast one more time for a final Spanish meal before returning the rental car and flying back to Berlin ourselves. 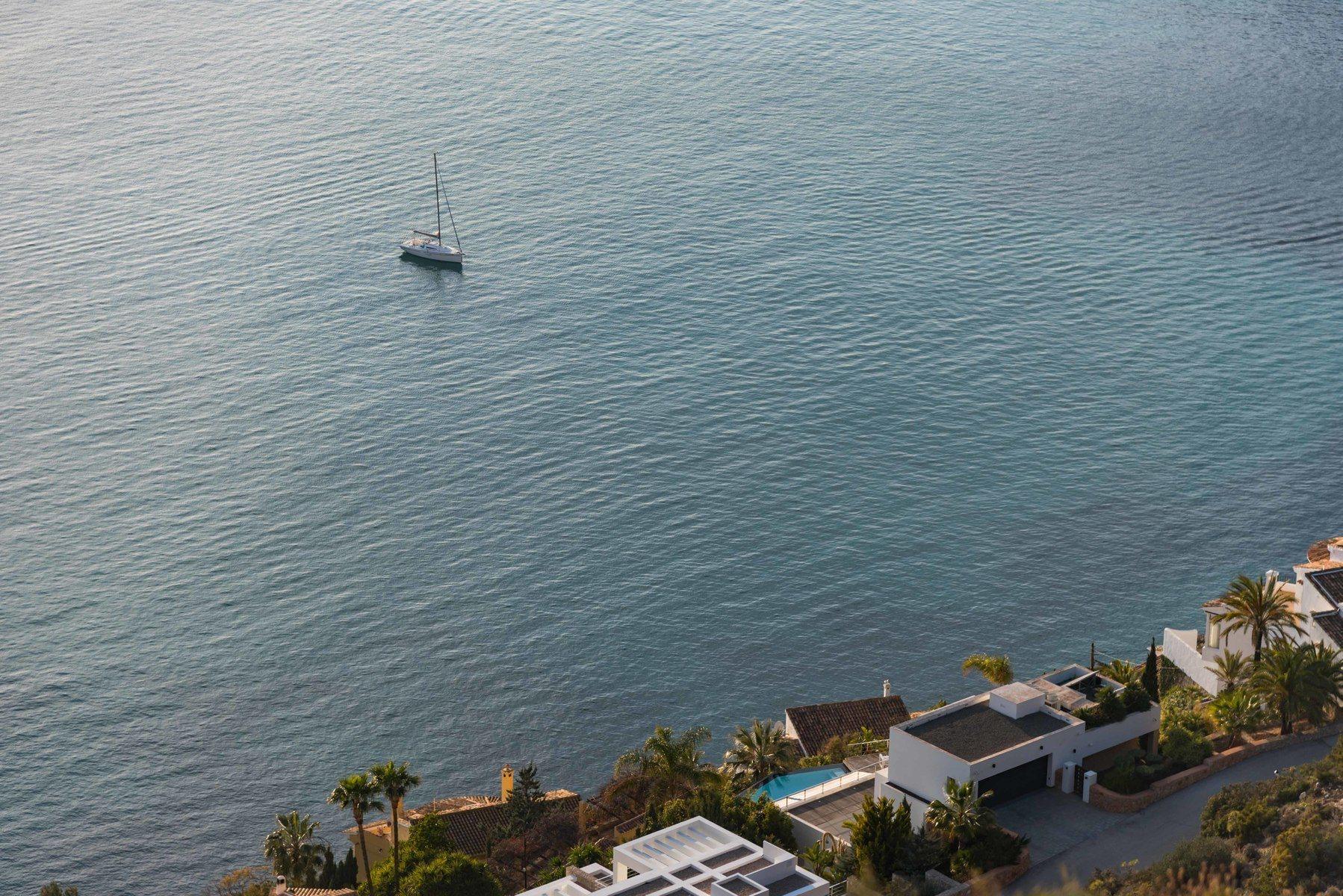 A Lone Sailboat in the Bay

As the rickety Ryan Air Jet’s engines rumbled and pushed 150 Berliner tourists into the sky I looked down at the landscape and thought about how easy it is to explore Europe with a tiny bag and some rugged gear on a shoestring budget. Before I lost cell service I pulled out my phone and shot a final message off to Jonas and Paolo, I hope my Terminator reference wasn't lost on them.