Designed to give your Apple Watch a classic, yet bold new look. Made from minimally treated, vegetable tanned leather from one of America's oldest tanneries.The leather is designed to beautifully patina with time, creating a handsome, rich leather strap with a look that is uniquely yours.

Each strap is made with true craftsmanship as we use the best in class materials and state of the art manufacturing techniques to create a strap that is unique to the market. 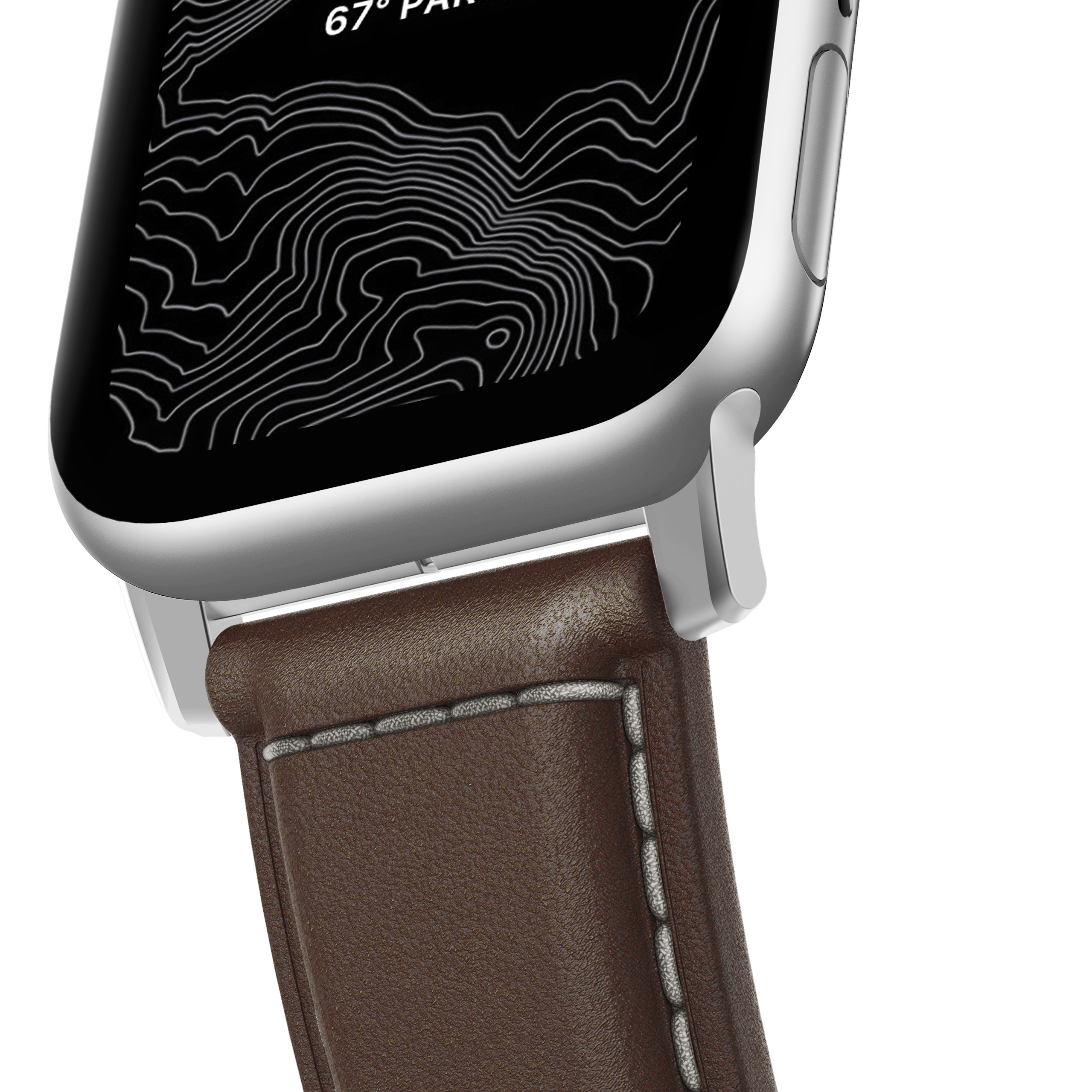 We chose Horween Leather for these straps as it offers an unparalleled blend of quality, consistency, responsiveness, and innovation. As the strap comes into contact with elements around you, the leather will develop a patina, or a dark lustrous sheen, making your strap unlike any other. Each Traditional Strap is lined by a soft leather backing and held together by durable linen thread. This pre-stretched and beeswaxed thread helps maintain lasting integrity and prevents the leather from stretching and morphing through months of wear. 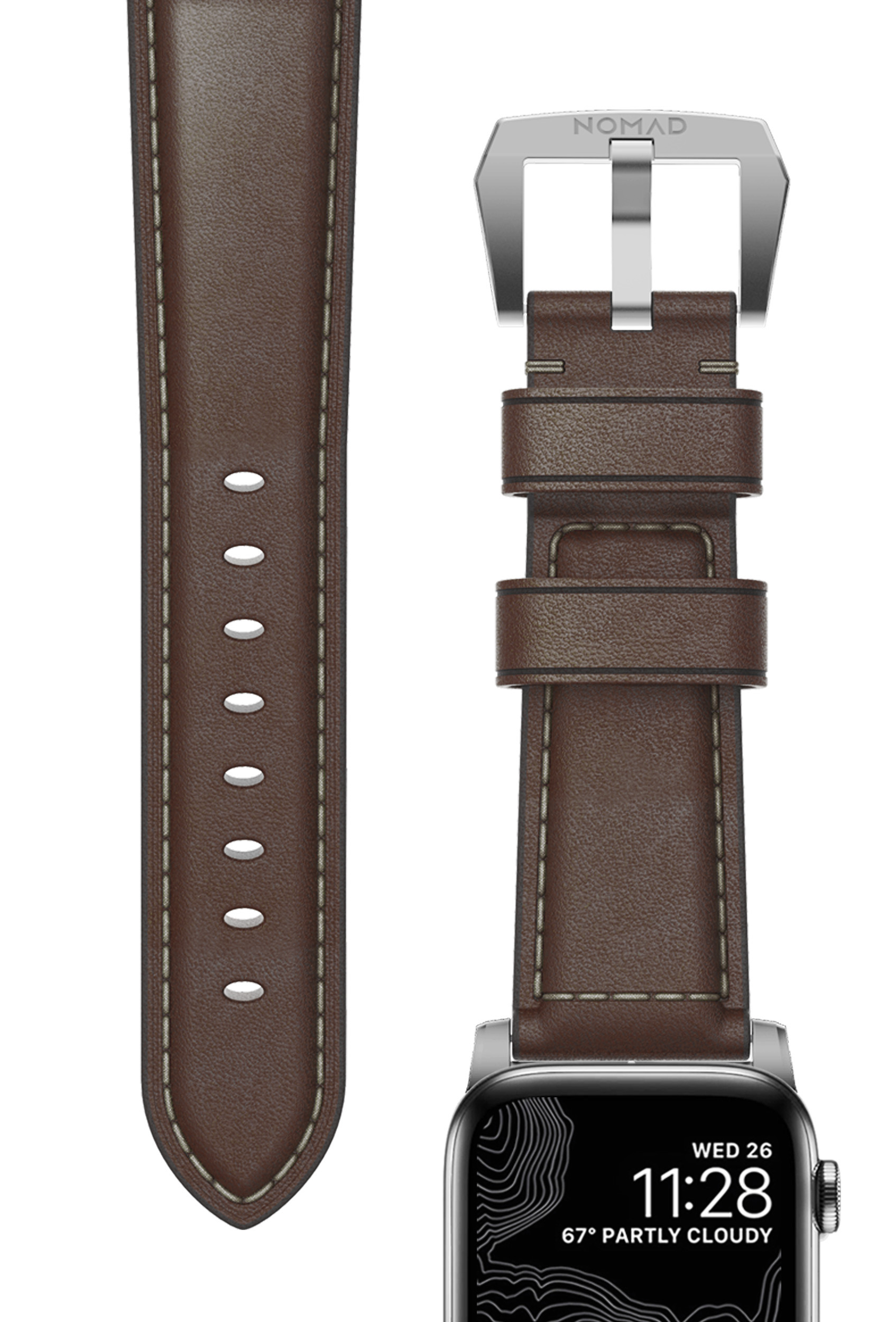 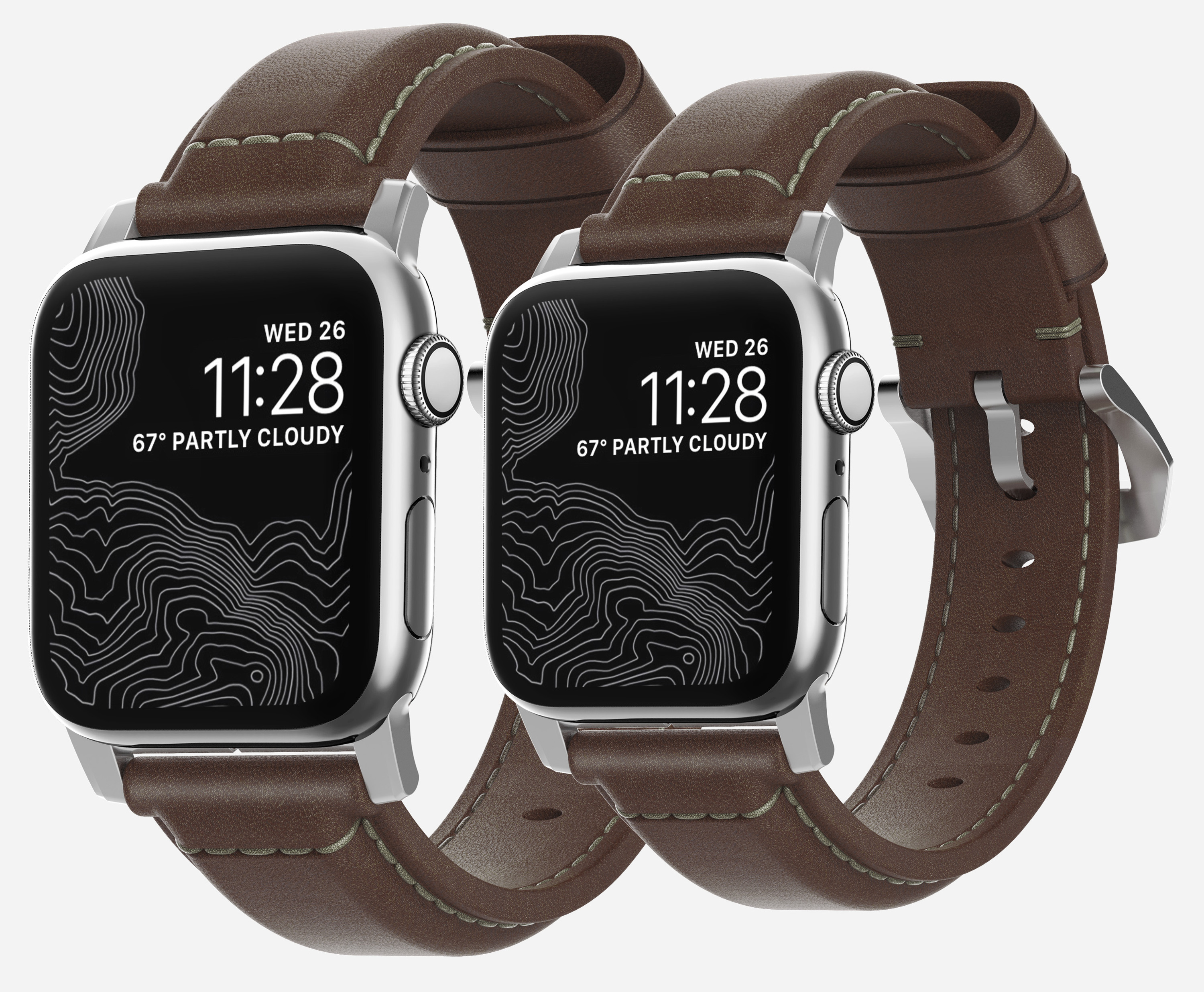 Each strap is fitted with our custom designed, metal injection molded (MIM) buckle and lugs. High tolerance fit and sharp details are created with this industry leading marine grade 316 stainless steel. Choose between silver or black hardware for your strap. Made by Ashland Leather Co

Write a Review
average rating 4.8 out of 5
Based on 67 reviews
99% of reviewers would recommend this product to a friend
Customer photos and videos

67 Reviews
MY
Marc Y. Reviewed by Marc Y.
Verified Buyer
I recommend this product
Age Range
35 - 44
Familiarity
I've put it through the wringer
Best Uses
Rated 5 out of 5

I am very pleased. It is a great product and this is a wonderful small company. Will support any time I can.

Was this helpful?
CW
Connor W. Reviewed by Connor W.
Verified Buyer
I recommend this product
Age Range
18 - 24
Familiarity
I've put it through the wringer
Best Uses
Rated 4 out of 5

Initially was skeptical when I dust got it because was stiff, thick, and expensive. After a few wears it broke in.

I think the buckle is a little big, but has not be uncomfortable or problematic. The latch is very hard to take off due to a angle they put in the latch.

I think the band has a timeless look. I am considering getting another one of their bands. So I think that speaks for itself.

I was given this strap as a gift, but unfortunately was given the model with the black hardware for a silver Apple Watch. Nomad was able to quickly and painlessly exchange the strap for the correct model even though I didn't have a receipt, and I'm glad they did - it looks great and fits perfectly. Thanks!

Was this helpful?
Back to Top

Our Response to Covid-19