Take 50% off any cable built with Kevlar® when you buy a Base Station.

Designed to be fast, USB-C to Lightning Cable with Kevlar® is the fastest possible way to charge your iPhone. Reinforced with a double-braided Kevlar® outer sheath and strong metal alloy connector housings, this cable has been engineered for extreme durability and heavy everyday use. Charge from 0 to 50% in just 30 minutes.

We got tired of cables breaking on us all the time, so we set out to engineer a cable to outlast the rest. For the first time ever in a cable, we tightly double-braided Kevlar® fibers throughout the exterior and reinforced it with a Kevlar® central core. 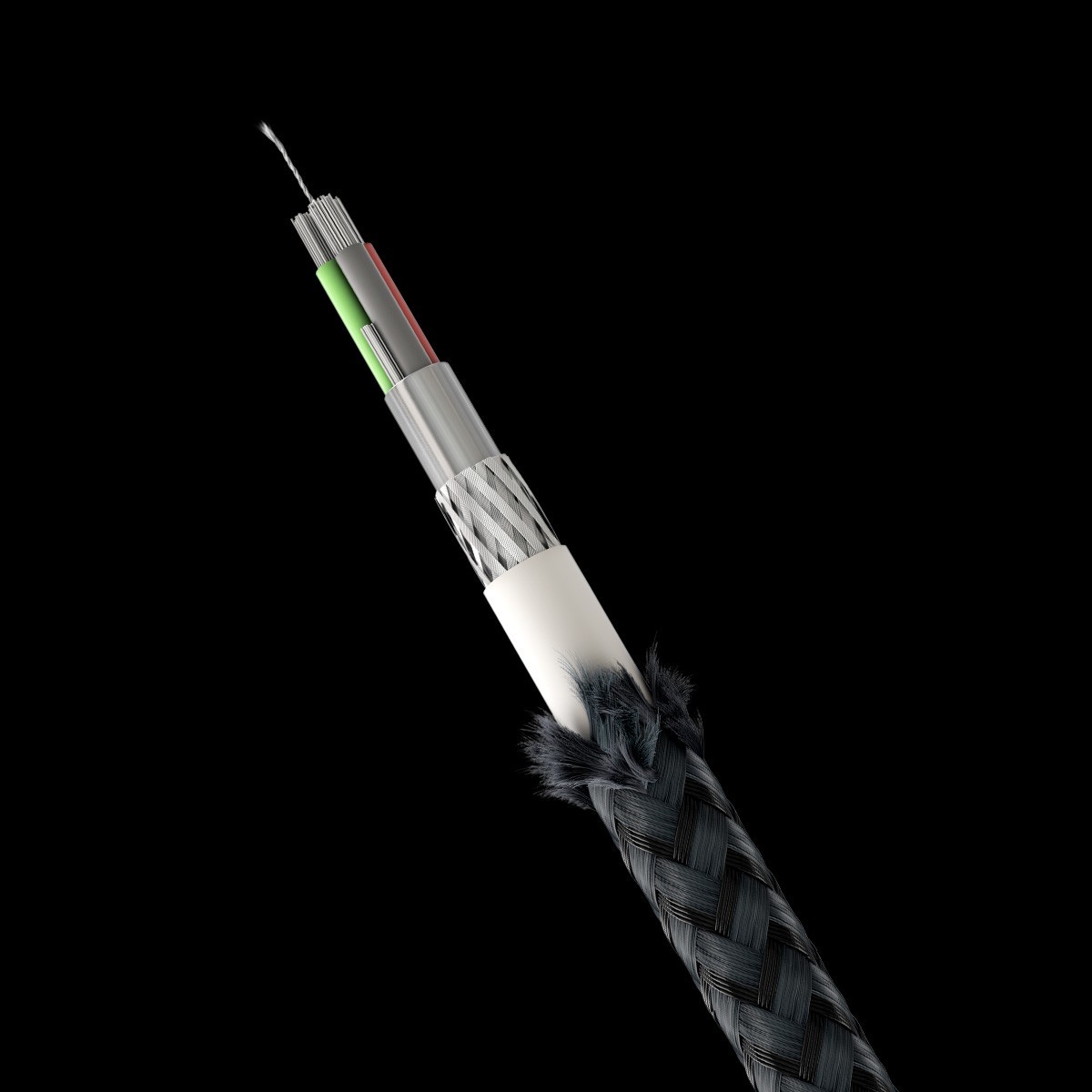 Charge to 50% battery in 30 minutes - the fastest charging possible for iPhone. 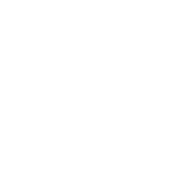 Designed to outlast your device. Every component of this cable was selected for durability and reliability. 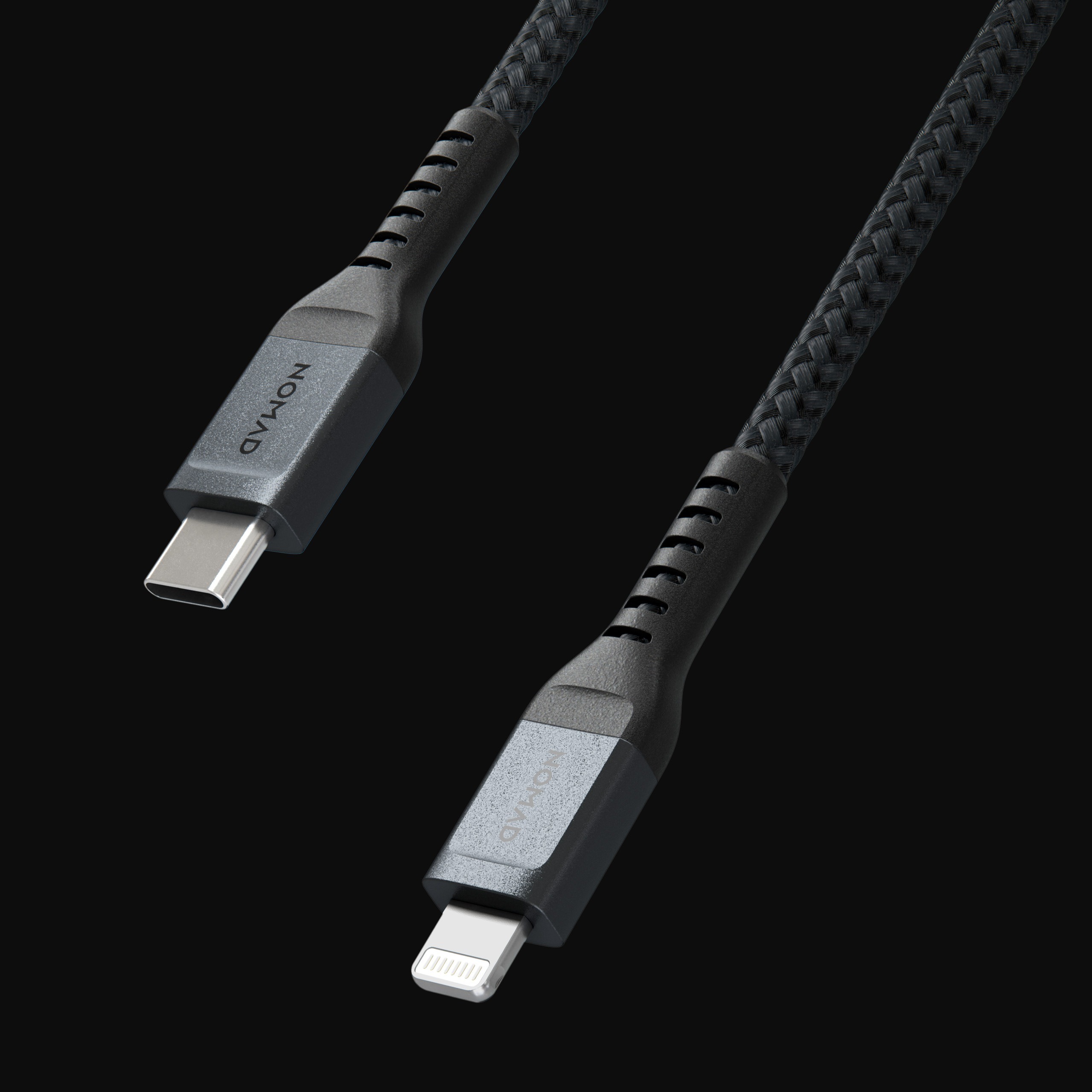 Built with a robust exterior metal housing, each charging connector is designed to outlast and is backed by our 5-year warranty. We have overengineered the strain relief support system which is where most cables fail.

The fastest way to charge your iPhone. Go from 0 to 50 percent in just 30 minutes, only possible with USB-C to Lightning. 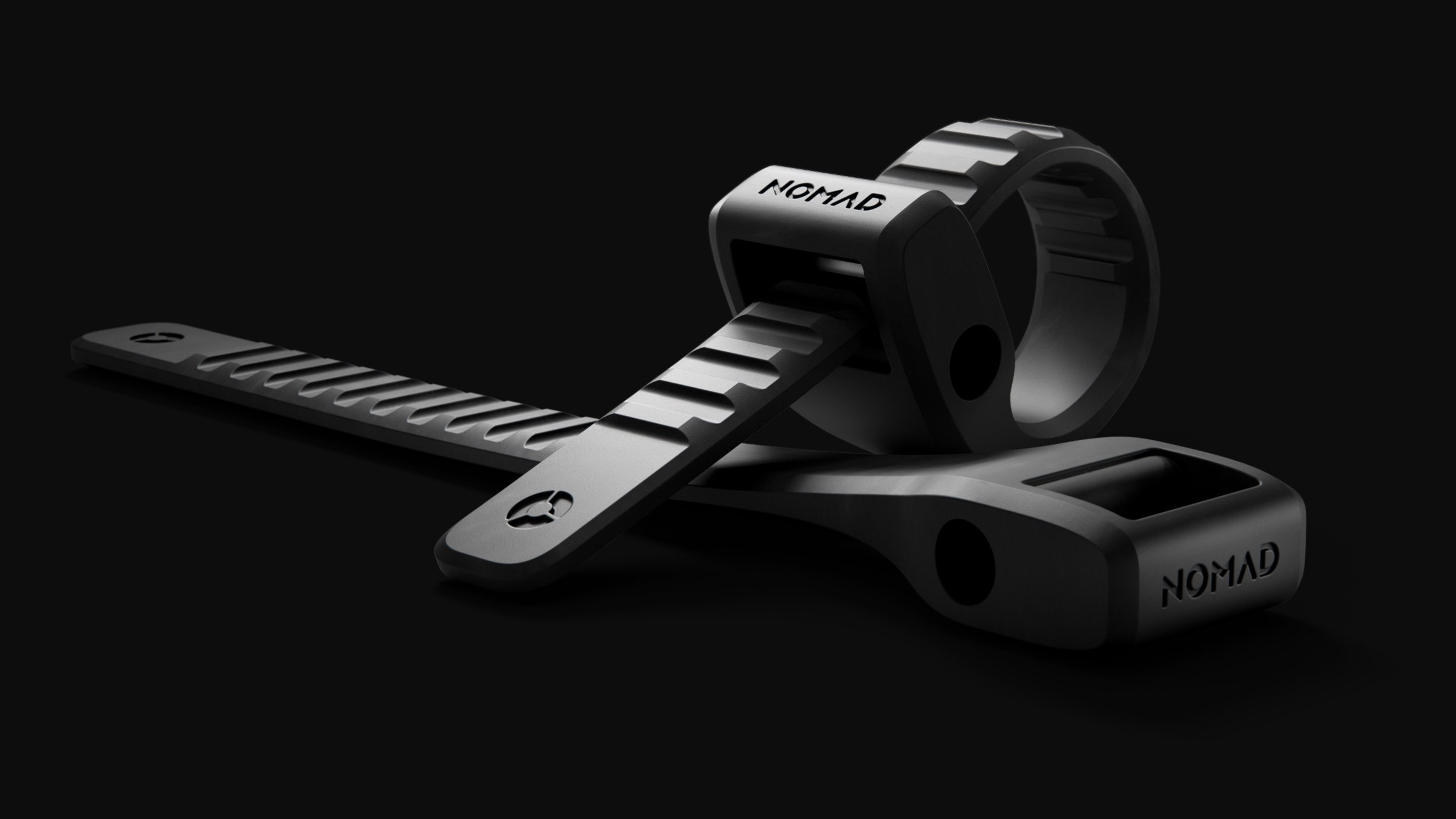 We've integrated a robust cable tie for compact cable management. Custom designed with Liquid Silicone Rubber (LSR), this ensures your cable doesn't get tangled up while on the go. Write a Review
average rating 4.9 out of 5
Based on 40 reviews
100% of reviewers would recommend this product to a friend
Customer photos and videos

The products, service and delivery are great and very good qualities, I become a fun and very proud of be part of the Nomad family.

Loading...
Was this helpful?
DB
Derek B. Reviewed by Derek B.
Verified Buyer
I recommend this product
Age Range
25 - 34
Preferred Device
iPhone
Familiarity
I've used it several times
Best Uses
Rated 3 out of 5

The cable feels durable and looks amazing. I bought it to put it into my daily electronics bag. The cord itself is awesome, but I've been thinking about removing the attached rubber cord keeper and using something less obtrusive. I originally wanted the cord keeper because it looked durable and rugged. Now that I've been using it for a few weeks, I don't really like it. It's difficult to put the cord in a small pocket because the rubber tends to stick to everything and it's pretty thick and bulky. Further, the cord keeper doesn't hold the cords that tightly, and the rubber comes apart fairly easily. It would be nice if the keeper could hold the entire cable, but if you put too many loops of cable into it, the keeper will simply spring open and become useless.

While I love the cable, I feel like there was a missed opportunity to include a strap that was up to Nomad's standards. I'm ambivalent about recommending this product. The construction of the cord itself appears high-quality, but there are cheaper rugged cords out there. The cord keeper is supposed to distinguish the cord from its competitors, yet it ends up falling flat for me.

Was this helpful?
B
Ben Reviewed by Ben
Verified Buyer
I recommend this product
Age Range
18 - 24
Preferred Device
iPhone
Familiarity
I've put it through the wringer
Best Uses
Rated 5 out of 5

Was this helpful?
Back to Top